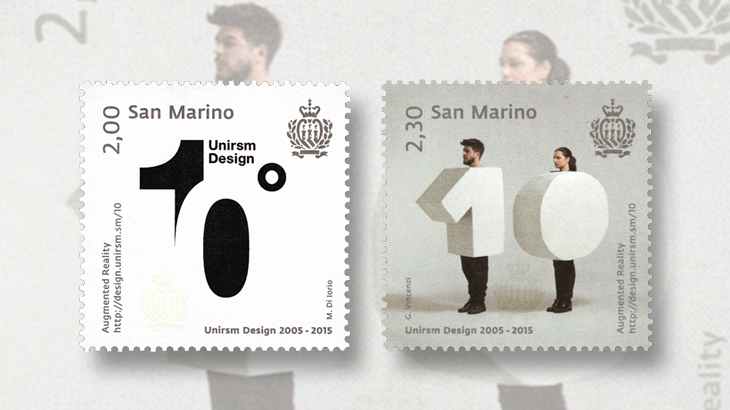 Two stamps from San Marino featuring symbolic representations of the numeral “10” mark the 10th anniversary of the design decree course at the University of the Republic of San Marino. 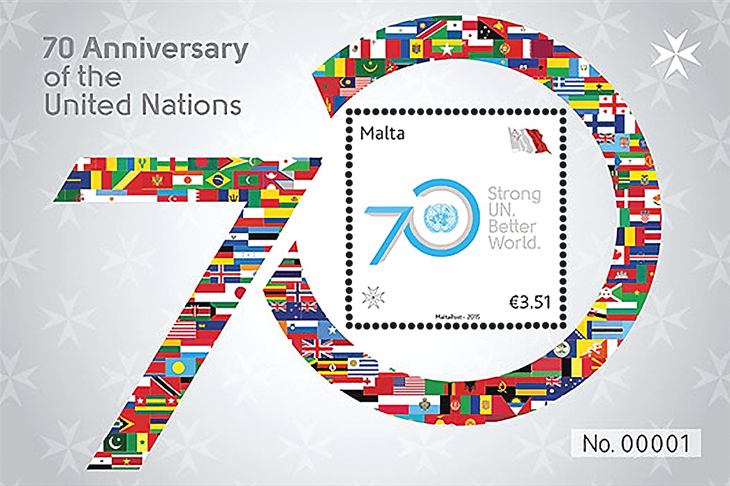 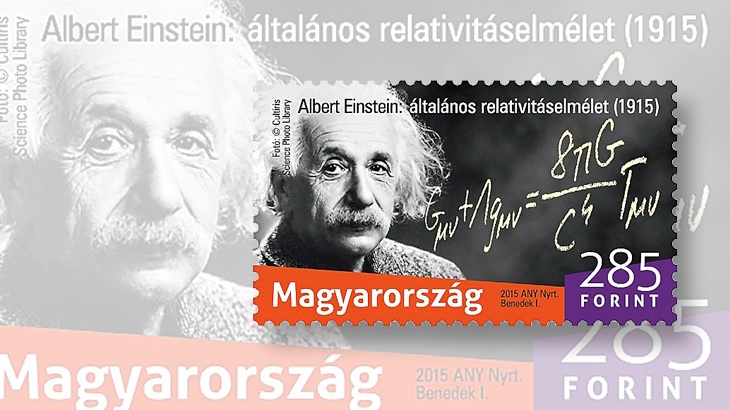 Albert Einstein’s equation for the general theory of relativity is pictured on this 285-forint commemorative stamp issued by Hungary. 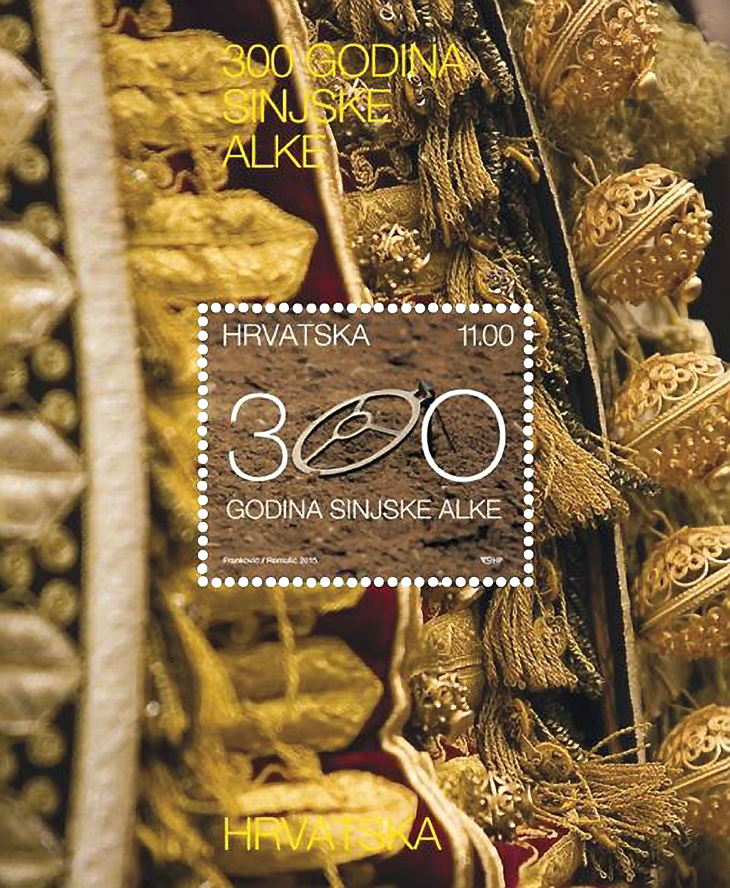 An iron ring used in the Alka of Sinj chivalric tournament replaces the “0” in the “300” on the stamp in a souvenir sheet from the Croatian Intangible Cultural Heritage issue. The stamp honors the 300th anniversary of the tournament.
Previous
Next

On Nov. 25, 1915, Albert Einstein presented his paper The Field Equations of Gravitation to the Prussian Academy of Sciences. This paper contained the equations for his general theory of relativity.

Hungary issued a stamp Sept. 7 commemorating the 100th anniversary of this presentation.

The 285-forint stamp shows a black-and-white photograph of Einstein on the left, and the mathematical formula of the general theory of relativity on the right.

The equation was included among “The 11 Most Beautiful Mathematical Equations” in an article by Clara Moskowitz.

Astrophysicist and author Mario Livio had nominated Einstein’s equation as his favorite for the article.

Livio said: “It is still amazing to me that one such mathematical equation can describe what space-time is all about. All of Einstein’s true genius is embodied in this equation.”

Livio also provided this explanation: “The right-hand side of this equation describes the energy contents of our universe (including the ‘dark energy’ that propels the current cosmic acceleration).

“The left-hand side describes the geometry of space-time. The equality reflects the fact that in Einstein’s general relativity, mass and energy determine the geometry, and concomitantly the curvature, which is a manifestation of what we call gravity.”

Imre Benedek designed the stamp. It was printed by offset in sheets of 50.

The numeral “10” is featured prominently on two stamps from San Marino.

The stamps were issued in a booklet Oct. 23 to commemorate the 10th anniversary of the design degree course at the University of the Republic of San Marino.

A graduate of the university, Matteo Di Iorio created a black-and-white “10” for the design of the €2 stamp.

The other stamp, denominated €2.30, shows two students symbolically representing a “10.” Giovanni Vincenzi photographed the students for this stamp design.

Each stamp also bears an augmented reality (AR) code that links, through a smart phone, to a video from the university.

Recent issues from Malta and Croatia also have incorporated into their designs numerals designating anniversaries.

Malta celebrated the 70th anniversary of the United Nations on a souvenir sheet issued Oct. 24.

The 3.51 stamp in the souvenir sheet depicts the official logo of the anniversary. The logo comprises a stylized “70” with the U.N. emblem inside the “0.”

In the selvage of the sheet, the ”70” from the logo is recreated using flags of U.N. member states.

The flag of the United States appears in the curve of the “0” below the stamp, almost directly between the two numerals in the logo.

In its guidelines for the use of the logo, the United Nations described its design as a “graphic representation of the values for which it stands. When used correctly, it identifies the organization of the world, expressing its personality, appearance and voice with a brand image that is corporate and yet focused on the human aspect. … ”

The souvenir sheet in the July 27 Croatian Intangible Cultural Heritage issue marks the 300th anniversary of the Alka of Sinj, a chivalric tournament held each August in Sinj, in memory of what is considered the miraculous defense of the town against Ottoman soldiers in 1715.

The website for the event provides this summary: “The Alka Tournament of Sinj (Sinjska alka) is a traditional equestrian competition in which the knights (alkars) on horseback, in full gallop, holding a three metres long spear, try to spear the iron ring, alka, hanging on a rope across the racecourse.”

The alka takes the place of the first “0” in the “300” shown on the design of the 11-kuna stamp in the souvenir sheet.

Embellishments from traditional costumes worn during the tournament are pictured in the selvage.

Another scene from the tournament is shown on a 3.10k stamp produced in a pane of eight, as well as in a pane with three other 3.10k stamps and five labels.

The other stamps honor klapa, traditional a cappella singing of Dalmatia; becarac, a type of folk song of eastern Croatia; and the Carnival bell ringers’ pageant of Kastav.