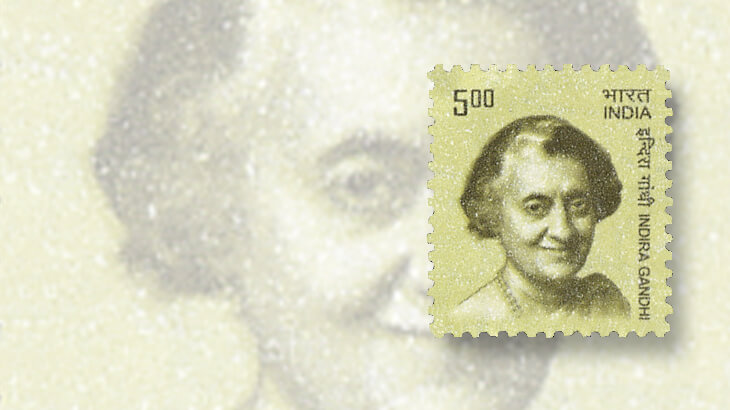 Former India Prime Minister Indira Gandhi will not be a part of India's new series of definitive stamps called “Makers of India,” according to the Dhaka Tribune.

Stamps have always been a communication lens for culture, society, and government. As a result, cultural changes bring about postage changes.

Along those lines, the Dhaka Tribune is reporting that depictions of Indira and Rajiv Gandhi, the mother-son pair who each served as prime minister of India during the 20th century, will no longer appear on the country's new postage stamps as it transitions from its “Builders of Modern India” series to a new series of definitive stamps called “Makers of India.”

“It was the [Bharatiya Janata Party]’s Communications Minister Ravi Shankar Prasad, who, some time back, explained that the time was now ripe to launch a more ‘inclusive’ series of postage stamps because it was not fair that one family should corner all the attention and glory,” the Tribune's Kenneth Bo Nielsen writes.

Read about who will be seen on new India stamps going forward.

“Every collector knows that philately is steeped in history, and that fact is well documented by the material offered in the upcoming two-day auction series from Schuyler J. Rumsey Philatelic Auctions of San Francisco, Calif.”

Have a look at some of the historic items being offered.