Promoting stamp collecting to a wider audience and new generations 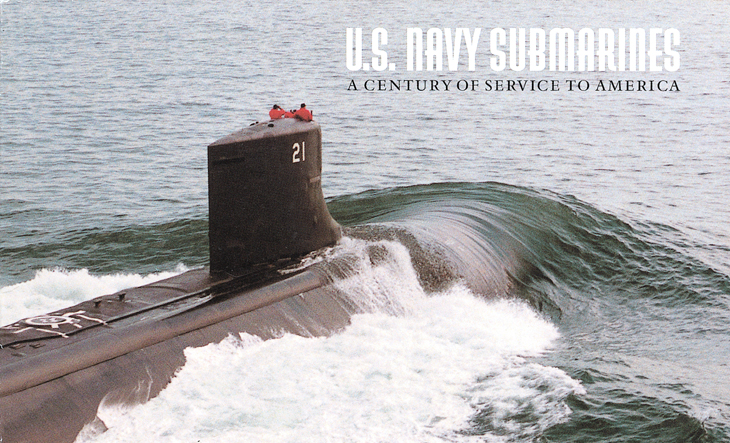 The cover of the United States Postal Service’s U.S. Navy Submarines prestige booklet. Prestige booklets include text and illustrations in addition to stamps. 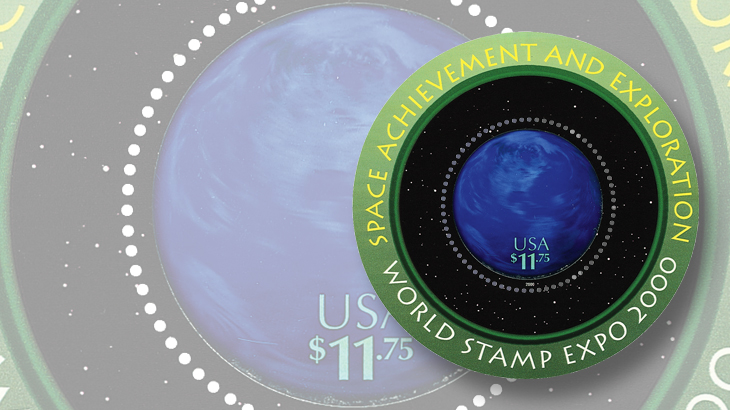 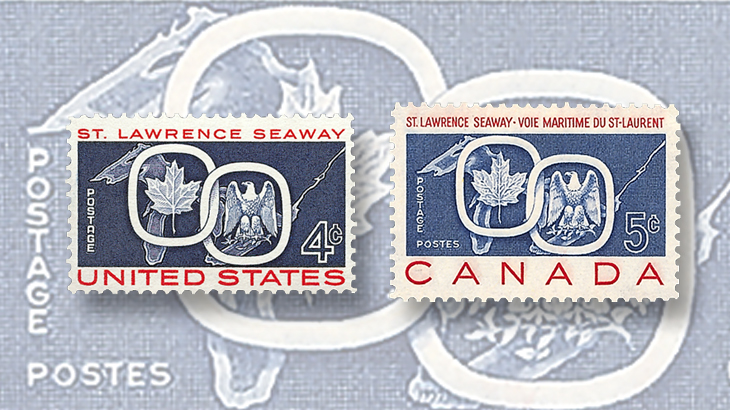 The United States’ first joint issue in 1959 commemorated the St. Lawrence Seaway. The United States and Canada issued their stamps on June 26, the opening day of the seaway. 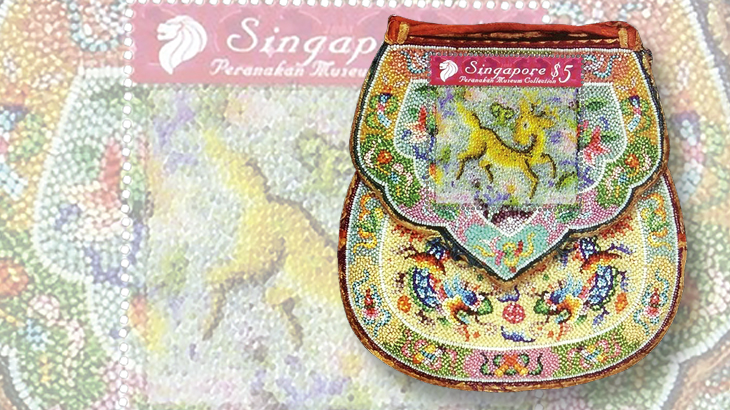 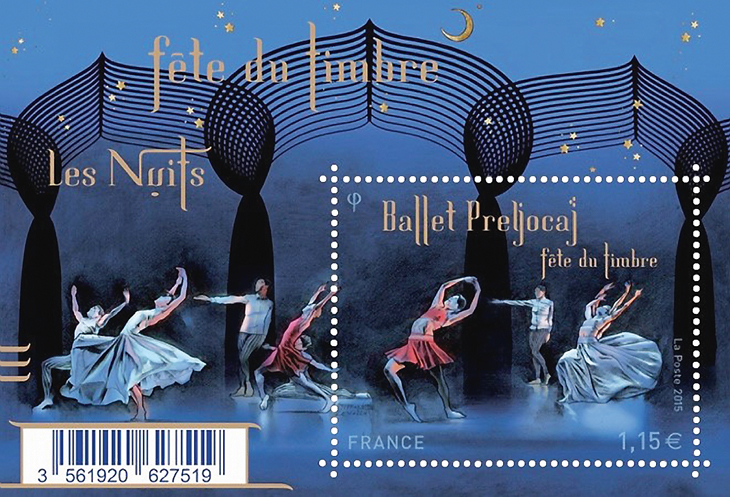 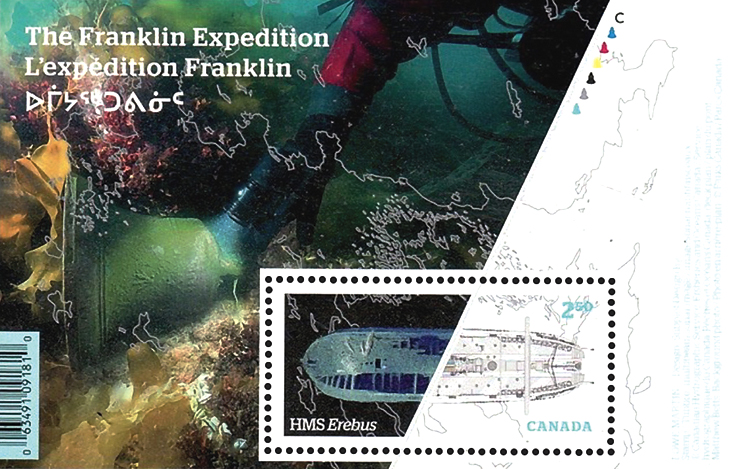 Canada Post’s Franklin Expedition souvenir sheet is widely popular among collectors. The stamp in this sheet has moisture-activated gum. 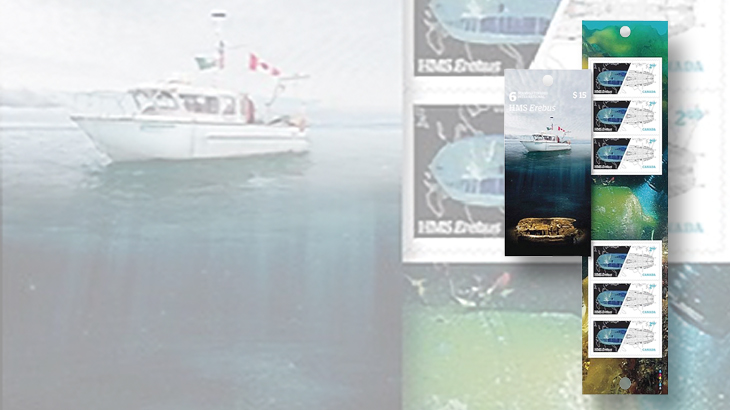 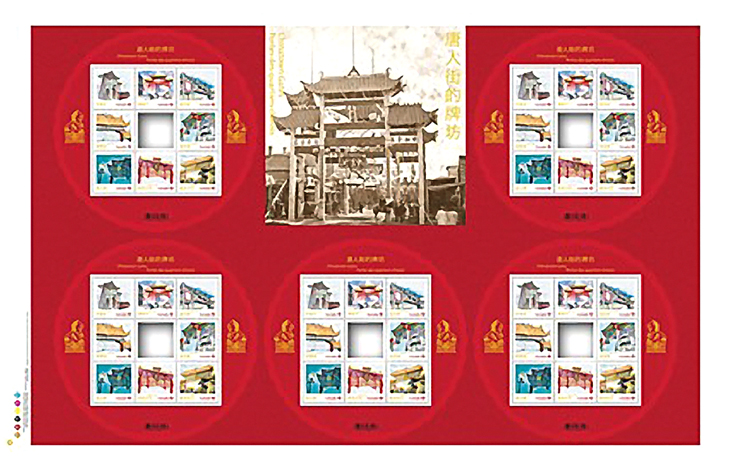 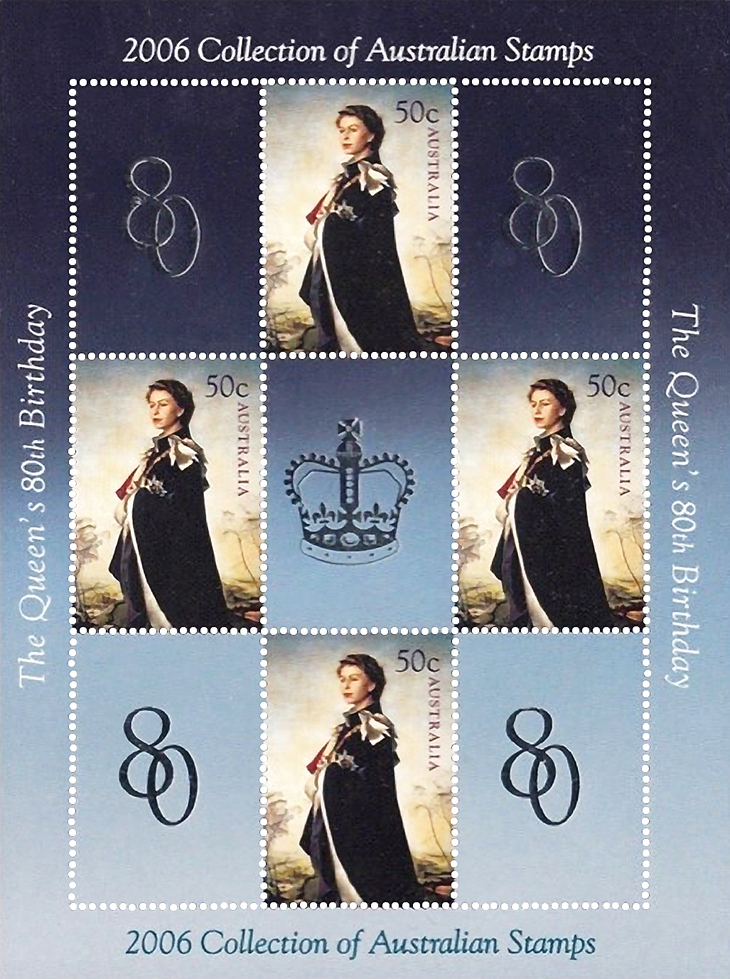 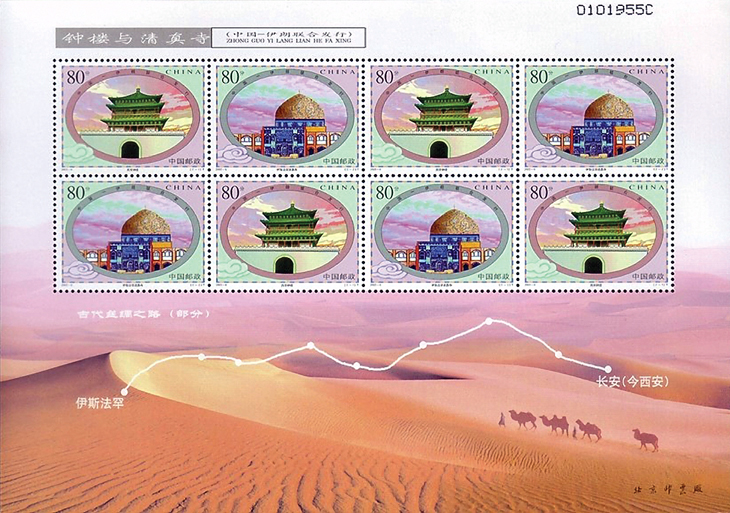 China Post’s 2003 joint issue with Iran is an example of a miniature sheet with specially designed selvage. The stamps show a bell tower and a mosque.
Previous
Next

We can learn much about promoting stamp collecting from foreign postal administrations.

I was preparing my first-day covers for servicing in a corner of the room at a recent United States Postal Service first-day ceremony.

A lady who approached me was astonished that I did not fit the stereotypical profile of an avid stamp collector.

Most of the collectors in attendance were older people. She asked me whether younger collectors meet at a secret society underground, or if they meet solely online.

Many casual accumulators collected when they were much younger, and now they pick up new issues from time to time.

Stamp enthusiasts actively devote time, money, and energy to their hobby. Most of the collectors in this category are from the older generation. This group is declining in size.

Stamp collecting has been a lifelong passion for me. I want to share and spread my enjoyment of the hobby to others.

Ideally, we must find ways to encourage more people to move from the stamp accumulator category to the enthusiast category.

That being the case, two questions arise: How do we promote philately to a wider audiences and attract men, women, and children of all ages? How can we help ensure this great hobby continues in the digital age?

I have a few suggestions for the United States Postal Service as to how it can help us do that.

Because electronic communications have largely supplanted letter writing, other postal administrations have focused on initiatives that ensure a healthy and long-lasting relationship among stamp-collector communities.

The USPS could learn quite a bit from them.

Nowadays, virtually all U.S. new issues are self-adhesive stamps that lack the water-soluble layer that would allow used examples to be soaked from envelopes.

For collectors who prefer used stamps, those that will not soak off in water are not user-friendly. Also, it is discouraging to young collectors and beginners who have traditionally begun by collecting used stamps.

When I started collecting stamps as a child, I enjoyed getting free stamps from the mail. I also enjoyed the process of soaking, drying and flattening stamps to add to my collection.

Today, the recommended way to collect used self-adhesive stamps is to keep them with the envelope paper still affixed. However, such stamps do not match the rest of my collection.

Also, the outline of the die cuts on stamps with white borders cannot easily be distinguished against white or light-colored envelope paper.

While most other postal administrations issue many self-adhesive stamps, so far many of them are still using the water-soluble layer to allow them to be soaked.

Still, a vexing question remains: Which self-adhesive new issues will soak and which won’t? Trying to sort that out has understandably led many collectors to end their collections at the point where unsoakable stamps were introduced.

It is possible to promote stamp collecting without resorting to unsoakable new issues. However, postal administrations are losing revenue, and new collectors are much less likely to enter the hobby.

I think this is a clever way to serve the public’s preference for self-adhesive stamps without ignoring stamp collectors’ preferences for stamps with moisture-activated gum.

China Post introduced miniature sheets in 2003 with multiple stamps (about 10 stamps per sheet, depending on the issue). These are called version II sheets, which is in addition to the full pane format (usually 20 stamps) called version I.

The U.S. Postal Service has been doing a good job of issuing stamps on a broad range of historical, cultural and ethnic subjects.

Many of these stamps appeal to collectors in other countries. But I think issuing the stamps in more formats than just the standard pane of 20 would be of benefit.

These popular formats have proven successful not only in terms of new-issue sales, but also have created high demand in secondary markets in recent years.

Other postal administrations, such as those of Singapore and Austria, have issued one or two stamps a year featuring unusual printing techniques, different print media, or innovative material.

These unusual stamps have attracted many young and new collectors.

The USPS has not issued many unusual stamps since its experiment with holograms in the 2000 Space Achievement and Exploration issues (Scott 3411-3413), and the X-Plane Priority Mail and Express Mail stamps of 2006 (4018-4019).

It would be great to see the Postal Service issue some stamps printed on fabric, embroidery, or materials such as wood, cork, or metal.

Joint issues and multination, or omnibus, issues, where two or more postal administrations participate, also are popular with collectors.

Joint issues have long been popular with collectors around the world. The USPS has an impressive list of joint issues since its first one in 1959 with Canada to commemorate the opening of the St. Lawrence Seaway (United States Scott 1131 and Canada Scott 387).

Countries such as China, France and Singapore collaborate on joint issues with another country at least once a year. This appeals not only to collectors of the countries involved, but also to joint-issue specialist collectors worldwide.

Recently, the U.S. Postal Service has issued stamps featuring popular culture and entertainment, such as the art of Walt Disney, the Peanuts comic strip, the Simpsons animated television show, the Star Wars saga, and the Harry Potter books and movies. I think that collectors want to see more such series that spread popular American culture around the world.

France and Japan have issued stamps annually to promote stamp collecting for many years.

France’s stamps in the Fete du Timbre series offer contemporary and popular subjects sure to appeal to younger collectors.

In some countries, yearbooks that contain all the stamps issued during the past year, along with background material and stories, are quite popular. Some sell for much more than the face value of the included stamps.

Following the precedent set by Australia’s postal administration, the U.S. Postal Service surprised the stamp community by including in its 2014 yearbook a Circus Poster souvenir sheet that was not otherwise available.

Many collectors decried this decision, but following the Postal Service’s announcement that the Circus sheet also would be sold in uncut press sheets, the criticism quieted down.

One of the things that the Postal Service botched in the past was not including one of every stamp issued in the yearbook. Some issues (mainly definitives) were completely omitted and some multisubject and se-tenant issues were represented by a single stamp.

I recommend that henceforth, the USPS yearbook should contain at least one of every stamp issued.

Uncut press sheets sold at face value are usually among the most expensive products offered by the USPS. Due to their size, they are hard to store. Some collectors choose to frame them instead.

I believe that these uncut press sheets generate much income for postal administrations because few of the stamps are used for postage.

Canada Post has added designs in the selvage in its uncut press sheets with the intention that the entire sheet be displayed.

These markings have included the name of the issue and illustrations that are related to the stamps but do not replicate their designs.

In a few instances, Canada’s uncut press sheets have even included a hand-signed autograph and are numbered, making each one unique.

The U.S. Postal Service deserves praise for its wonderful first-day-of-issue programs and its involvement in the recently opened William H. Gross Stamp Gallery at the National Postal Museum in Washington, D.C.

These are great ways to promote philately to the general public.

I have attended a number of first-day events. While waiting in line for stamps or FDC servicing, I have spoken with many people who are not stamp collectors, but who were attracted to the event by chance.

These possible future collectors often make more stamp purchases than collectors do, and they intend to save the stamps instead of use them on their mail.

We need to find ways to nudge these stamp accumulators, who have already shown their interest in the hobby, into becoming full-blown stamp collectors.

Some of the Postal Service’s fiscal woes could be lessened, if only more people became involved in such events.

They also offer a great opportunity for stamp collectors to connect with and reach out to potential future collectors.

I wish the USPS would present more such events while promoting this wonderful hobby of ours.