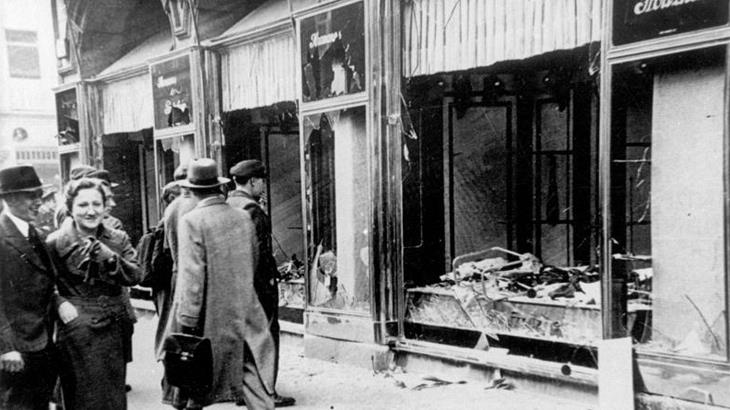 During the Nazis' infamous Kristallnacht pogrom in November 1938, Jewish homes and businesses were raided and thousands of Jewish residents were sent to concentration camps.

Not often are stamps associated with a journey quite like the one Max Lichenheim and his wife Margaret went through.

The couple's story was recently told in a two-part feature by the The Salt Lake Tribune.

Max was a Jewish lawyer and Doctor of Law living in Brunshaupten in the 1933 when Adolf Hitler was named chancellor and head of government on Jan. 30.

“In April, Jewish-owned stores were boycotted. Jewish doctors, lawyers, and civil servants were forbidden to practice. Quotas were placed on ‘students of foreign race,’ including German Jews who had been part of the country's populace for more than 1,000 years,” the Tribune feature reads.

During the notorious Kristallnacht pogrom in November 1938 — when Jewish homes and businesses were raided, and thousands of Jewish residents were sent to concentration camps — Max was taken into custody by the Nazis.

What follows is an amazing story of escape from Germany by Max and Margaret, funded by Max’s valuable stamp collection.

“Thousands of value changes, hundreds of new listings, and myriad editorial improvements, including many hundreds of revised and expanded listings, can be found in the 2016 Scott Classic Specialized Catalogue of Stamps and Covers 1840-1940.”

Read all about the changes.

“Robert A. Siegel Auction Galleries held a series of sales from Sept. 29 to Oct. 1 at their showroom in New York.

“First served was the Robert Bowman collection of superb United States stamps, and they were indeed superb. There are few things more delightful to a stamp collector than having the chance to browse the kind of eye-candy offered by a sale of this caliber.”

More on the highlights of the auction.