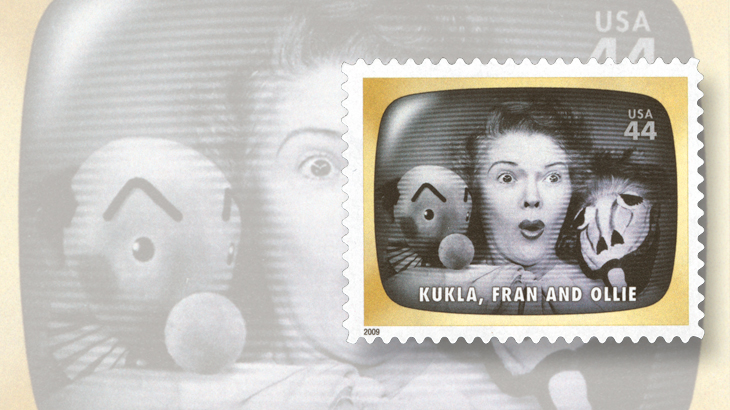 Burr Tillstrom created the television program Kukla, Fran and Ollie, commemorated on a 44¢ stamp in 2009.

Left unrecognized by the stamp tribute is the man who created it all, and who supplied the voices and dialog for the puppet stars: Burr Tillstrom, who was born Oct. 13, 1917, in Chicago, Ill.

Tillstrom created his own puppets while still in school, worked in the Works Progress Administration’s Marionette Project during the 1940s, and developed a nightclub act before creating Kukla, Fran and Ollie for a Chicago television station. The show was quickly picked up for national broadcast by NBC, where it appeared live and unscripted five days a week from 1948 to 1952. It later ran on ABC, was featured again on NBC, and was also presented on National Educational Television.

In later years, Tillstrom toured with his puppet troupe and was artist in residence at Hope College in Holland, Mich. He died at age 68 in 1985.