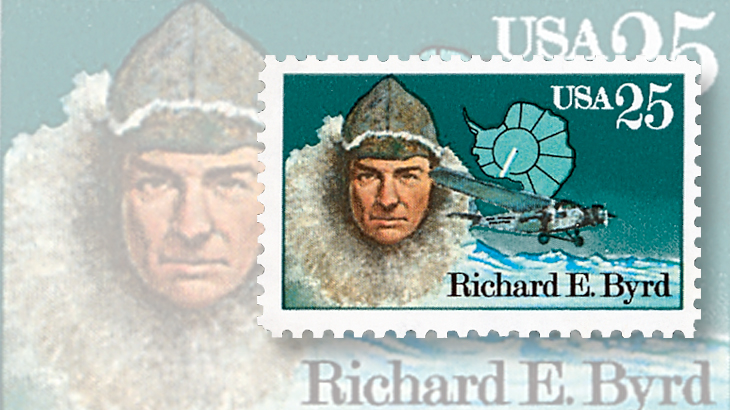 He served in Nova Scotia, Canada, during World War I, commanding the naval air forces stationed there, and was promoted to lieutenant.

Pursuing his fascination with Arctic exploration, Byrd flew with pilot Floyd Bennett across the arctic and claimed to have flown over the North Pole on May 9, 1926. The two men each received the Medal of Honor for their effort and were acclaimed as heroes, but even at the time, questions persisted about how and even if they achieved their goal.

The next year, Byrd planned to make the first nonstop flight from the United States to France, but a crash during preparations delayed his flight, and the first successful solo flight was completed by Charles A. Lindbergh on May 21, 1927.

In 1928 Byrd arranged a large expedition of 42 men to the Antarctic, on four ships carrying three airplanes. His goals included flying over the South Pole, which he did on Nov. 29. He was promoted to Admiral upon his return, and would further explore the Antarctic on several trips prior to his death in 1957.

On Oct. 9, 1933, a 3¢ stamp was issued showing a globe and inscribed “Byrd Antarctic Expedition II” (Scott 733). For an added cost of 50¢, collectors could send a stamped envelope with the expedition that would be canceled at the Little America base in Antarctica.

The U.S. Postal Service issued a set of four 25¢ Antarctic Explorers stamps on Sept. 14, 1988, about six weeks before Richard E. Byrd’s birth centenary.  The stamp from that set honoring Admiral Byrd is Scott 2388.