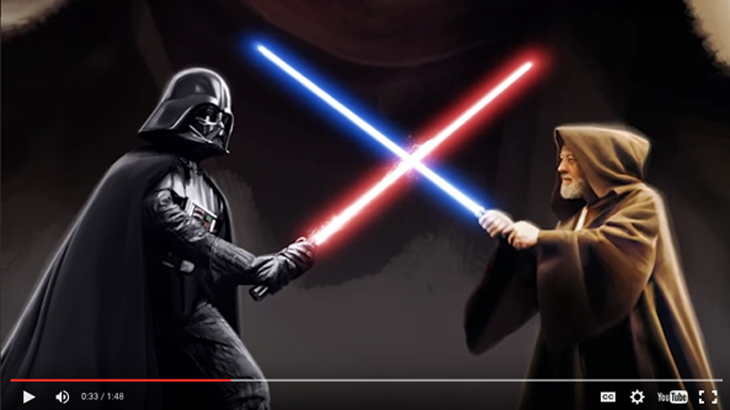 Malcolm Tween, the head illustrator for the popular Star Wars stamp collection, takes viewers through his overall process and inspiration behind his designs.

He cites the magnitude of the film's overall production design, as well as the centrality of its characters.

Catharine Brandy, design manager for Royal Mail, credits Tween's knowledge of the movies and characters as the change maker in his designs.

"Malcolm's style is very unique, he really gets the essence of the characters. He had a lot knowledge of the subject coming in, and it really shows in the work," Brandy said.

This video gives great insight into the genesis of the stamps.

“The Nativity, or birth of Jesus, is based on the Biblical accounts in the first and second chapters of the gospels of Luke and Matthew.”

“In a new-issue announcement Royal Mail said, “The stamps tell the traditional Nativity story in an impressionistic style, from the Annunciation, through to the Nativity and journey of the Magi.”

These stamps will be issued on Nov. 3.

Take a look a the Nativity stamp collection.

3. Botanical art stamps to be issued at Ameristamp Expo

“The United States Botanical Art set of 10 stamps will be issued Jan. 29, 2016, during Ameristamp Expo, the annual winter stamp show from the American Philatelic Society.

See the stamps and learn more information about the show.