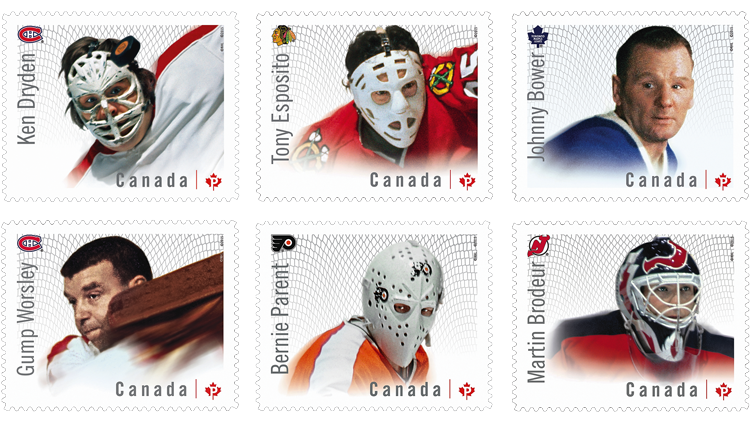 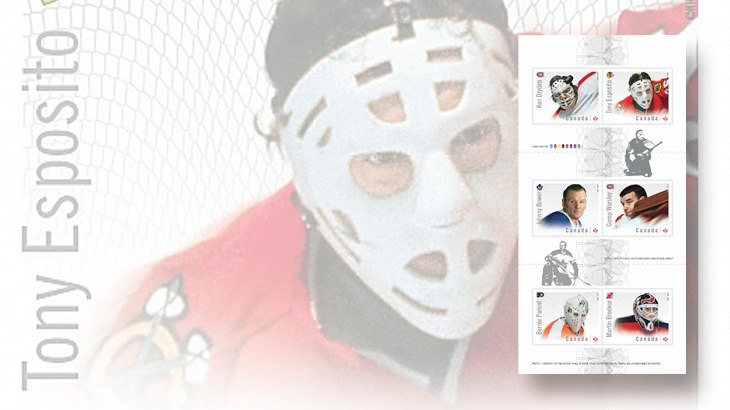 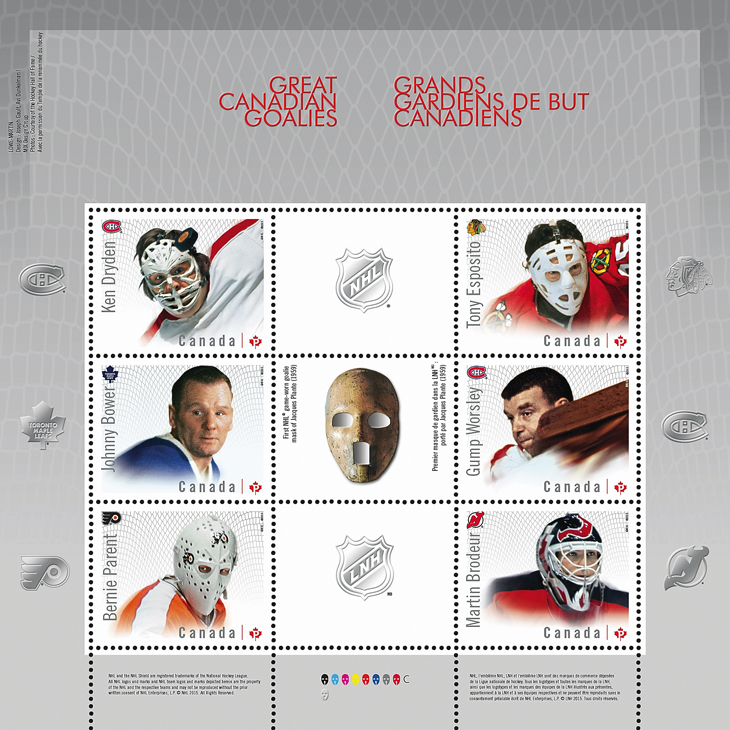 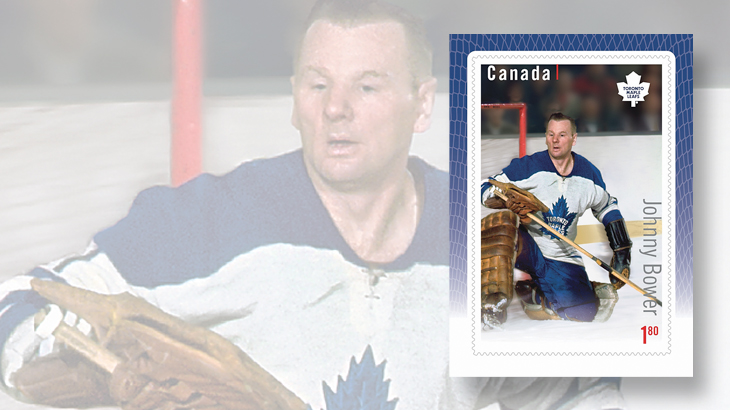 Inaccurately identified by Canada Post as “souvenir sheets,” large (52 millimeters by 78mm) stamps like this one for Johnny Bower mimic the look of hockey cards, a popular sports collectible for more than a century, with backs displaying a player’s career statistics. These $1.80 stamps pay Canada’s domestic oversize rate for nonstandard letters weighing up to 100 grams, although correct uses on cover may prove to be elusive. 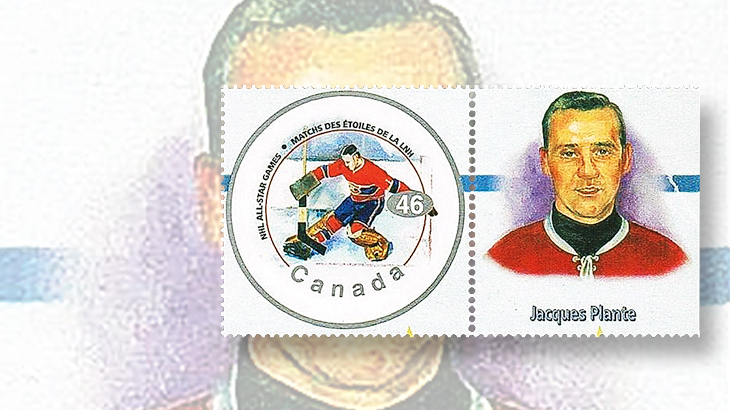 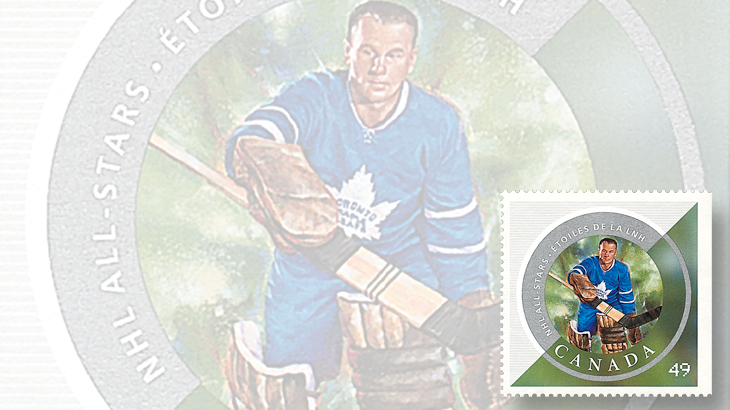 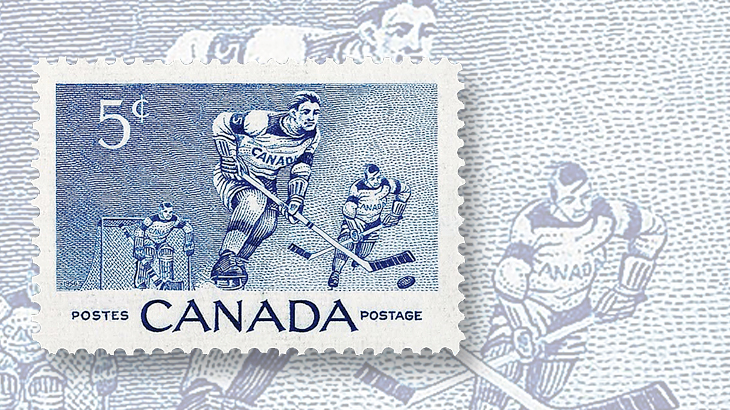