Examining and identifying stamps found in a large accumulation 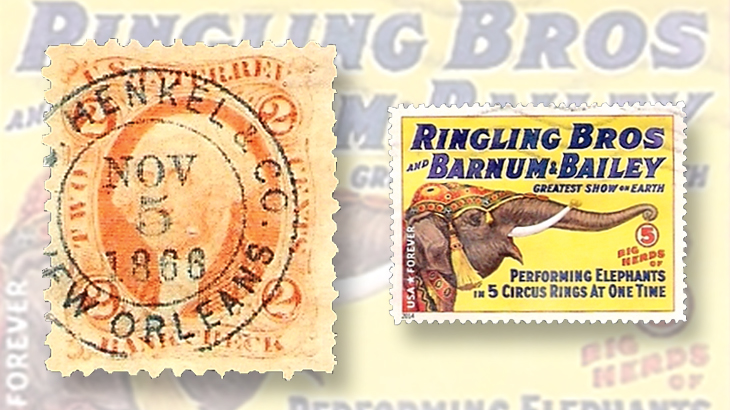 The oldest United States stamp in the donated accumulation was a revenue with an 1866 cancel, and the newest was issued in 2014 as part of the Circus Posters set of eight. 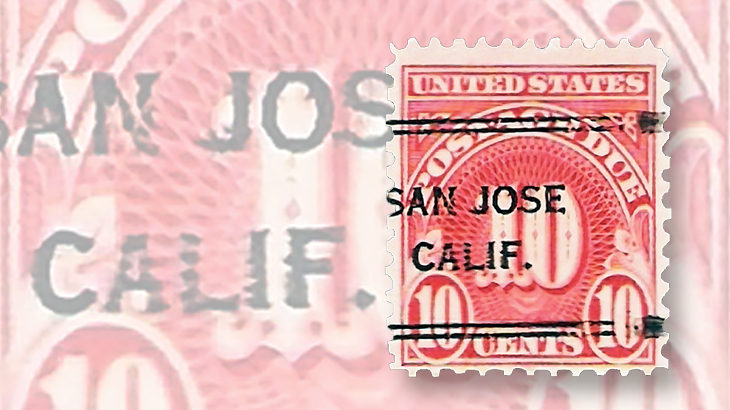 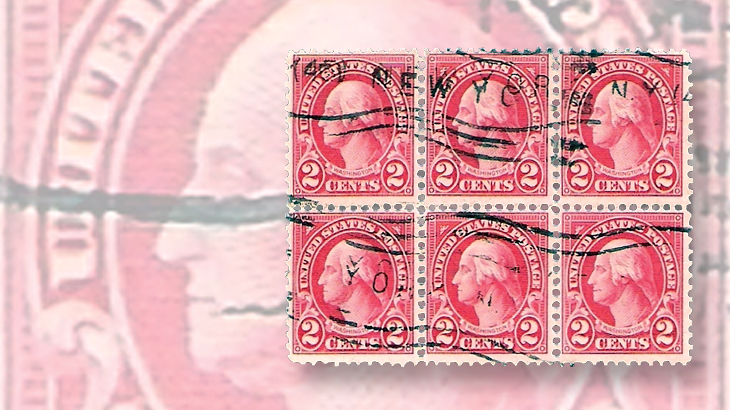 The “smiling George” variety occurs on the stamp in the lower right of this block of the United States 1926 2¢ Washington stamp. 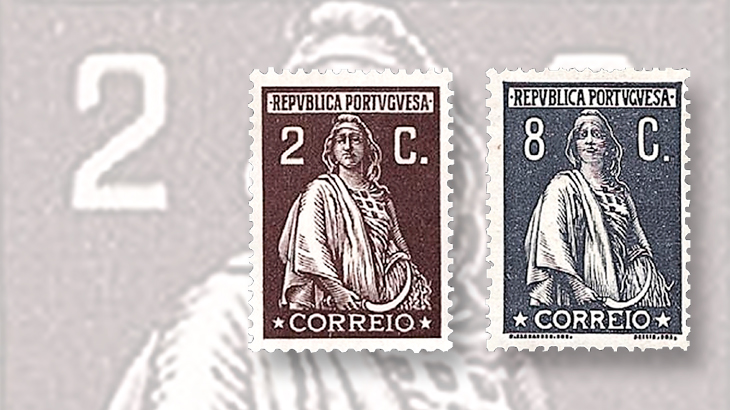 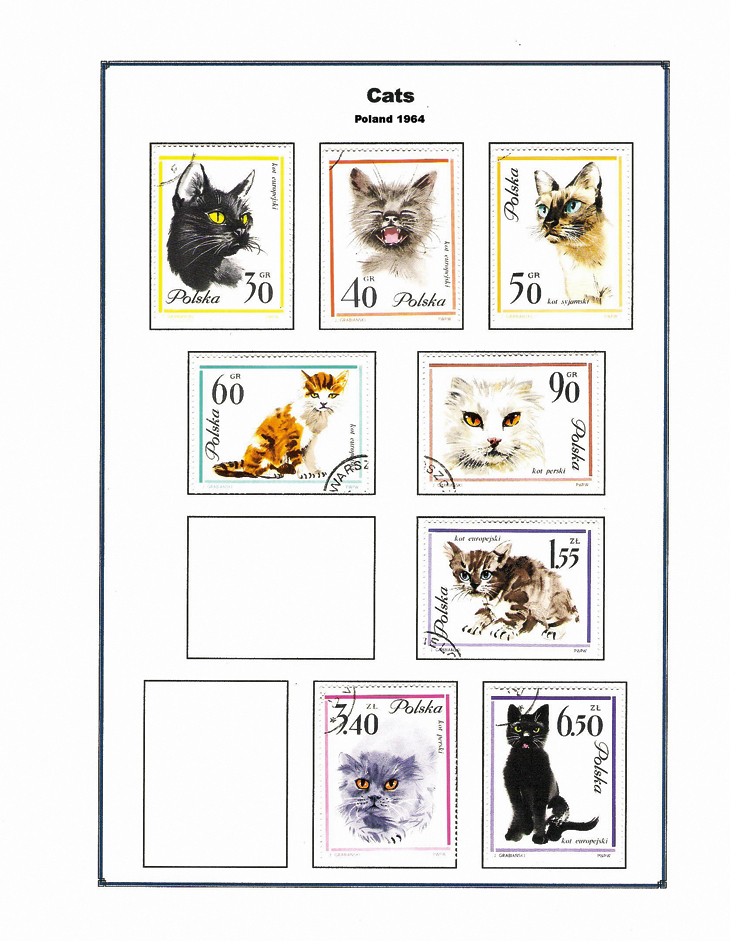 Microsoft Publisher was used to create this album page for Poland’s 1964 Cats stamps.
Previous
Next

I recently received three large boxes of stamps. These stamps had been donated to a local charity that didn’t quite know what to do with them and passed them on to me for review and eventual disposition to a suitable organization.

The collection included thousands of stamps: a few mint, most on paper, some in old albums and stock books, and many singles and blocks.

I eventually sent the stamps to Stamps for the Wounded, but not until I had soaked, removed hinges and roughly sorted the stamps.

The collector apparently had used Dennison hinges on some of his stamps; these hinges peeled easily.

Other hinges were more difficult to remove, and a few left black marks on both the album page and the stamp itself when removed.

Most stamps were older and easily soaked.

The idea was to reduce the weight of the package that I would eventually donate.

My older Scott PDF catalogs were a big help in identifying many of the stamps.

I also learned a lot about the variety of some foreign series of stamps.

For example, minor differences exist among early definitive stamps of Portugal, as well as among definitives issued by France.

The nearby illustration shows two Ceres stamps from Portugal. The 2-centavo stamp on the left was issued in 1926, and the 8c stamp on the right is from an earlier series introduced in 1919. The difference between the two can be found under the main design. The 1926 stamp has no text or imprint there, while the earlier stamp does.

Lignup’s Stamp Search program, reviewed in my column in the June 1 Linn’s, came in handy for identifying some of the stamps that I could not locate in the Scott catalog.

The Stanley Gibbons Collect British Stamps catalog also was helpful for identifying British stamps. This paperbound book includes illustrations for all British postage stamps, whereas Scott typically illustrates only one stamp from a set.

About 75 percent of the stamps in the collection were from the United States, with the remainder foreign. There were also a few old Christmas seals and postcards.

The oldest U.S. stamp was a perforated 2¢ Bank Check revenue (Scott R6c) with an 1866 cancellation. The most recent was the Ringling Bros. and Barnum and Bailey Circus Poster with Elephant (Scott 4904) issued in the 2014 Circus Posters set of eight.

I also found many airmail stamps, ranging in date from the 1926 10¢ stamp showing a map of the United States and two mail planes (Scott C7) to the 2011 80¢ Voyageurs National Park (C148). The most unusual items I found were several sheets of precanceled postage due stamps with face values of 1¢ to 10¢.

I also came across a glassine envelope from H. E. Harris that contained a block of six the 1926 2¢ Washington (Scott 634) showing the “smiling George” variety on plate 21423.

The variety is found on the bottom-right stamp in block shown nearby.

Although I didn’t check the catalog value of all of the stamps, those I found with the highest values were recent Priority Mail and Express Mail stamps.

Many United Nations blocks were included, mostly from packages mailed from the New York headquarters.

I also found a glassine envelope with six of the 10 Cats stamps issued by Poland in 1964. I used Microsoft Publisher to create an album page for these stamps showing beautiful pictures of cats.

I kept some of the stamps for my own collection, but added several of my own duplicates to the batch that I sent to Stamps for the Wounded.