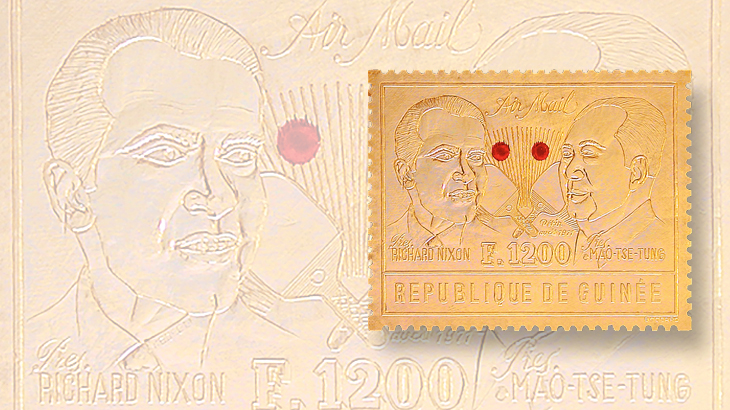 Located in western Africa, the Republic of Guinea formerly was a French colony and part of French West Africa. Guinea declared its independence on Oct. 2, 1958.

Its population of about 10 million people is divided into 24 ethnic groups. The common language for all is French.

Since declaring independence, Guinea has become one of the world’s most prolific issuers of topical stamps. While there probably are not many specialist collectors of Guinea in the United States, its stamps can be found in the pages of most topical collections.

The 2016 Scott Standard Postage Stamp Catalogue values the 1,200fr Richard M. Nixon and Mao Tse-tung airmail stamp in both mint never-hinged condition and used condition at $70, with the values in italics.

This stamp is currently in demand and selling in the $50 to $70 price range, and it is a good buy at those prices.