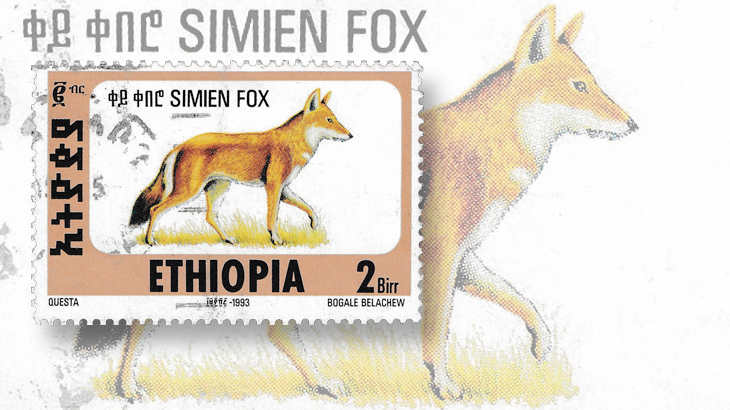 At the dawn of the 20th century, Ethiopia was one of only two independent African countries. One of the oldest Christian nations in the world, Ethiopia’s history and civilization date back to biblical times. Ethiopia stamps have a strong following in the United States and Europe.

The stamps were mostly intended and used for postage. They were not widely distributed to dealers, collectors, or catalog editors. We last tipped this set in the June 25, 2007, Stamp Market Tips column. It is time to tip it again.

The 2016 Scott Standard Postage Stamp Catalogue values the used set at $8.20 with the value in italics. The set is not valued in mint never-hinged condition.

The mint set is currently selling for $850 or more with no shortage of takers at that price. If you see it at that price or less, it would be a great buy.

We are not sure what the price ought to be for a used set, but we are certain it is more than the current catalog value. So if you see a set offered at that price, buy it.