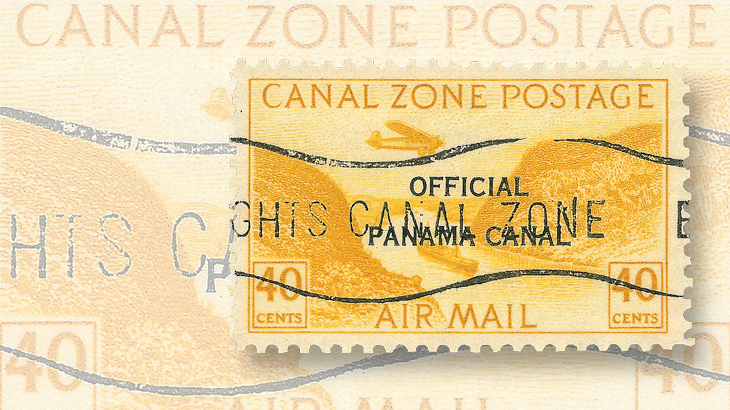 Look for misidentified examples of the 1941 Canal Zone airmail Official stamps with the 17-millimeter second line of the overprint (Scott CO8-CO12). Image courtesy of Robert A. Siegel Auction Galleries.

Additionally, five stamps from the set, the 5¢, 10¢, 20¢, 30¢, and 40¢ denominations, received a variety of the overprint in which the second line was 17mm long (Scott CO8-CO12). Of these, only a few of the 30¢ stamps were sold to the public as mint stamps. The others are only known in used condition.

The stamps would be a good buy at those prices, but our tip is to look for stamps that have been misidentified as the less expensive varieties with the longer second line overprint. Don’t forget to check on-cover examples.