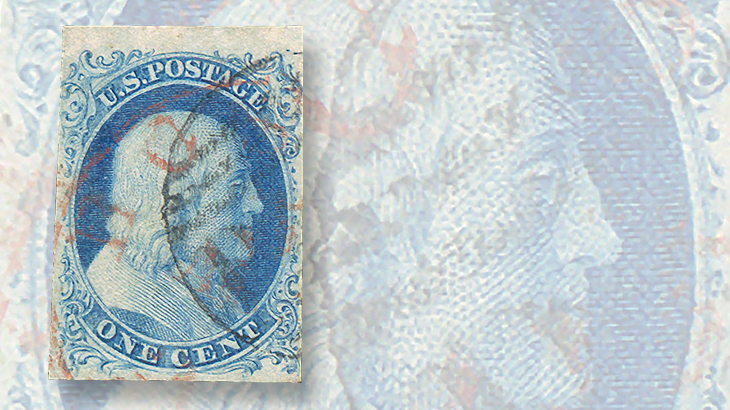 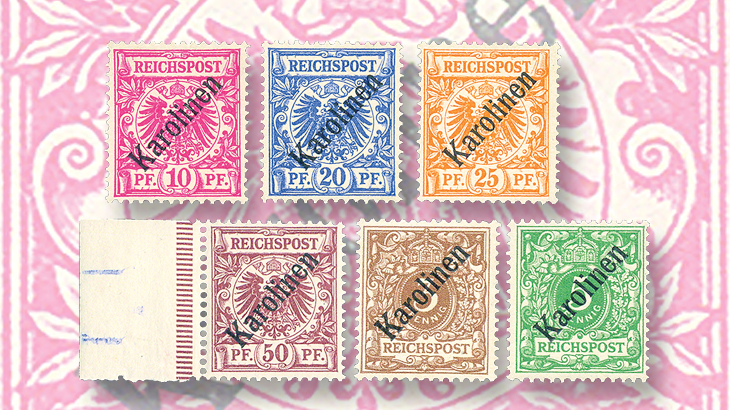 A set of Germany stamps with a rare form of the overprint applied in 1899 for use in the Caroline Islands sold for $3,220 at the Sam Houston sale in September. 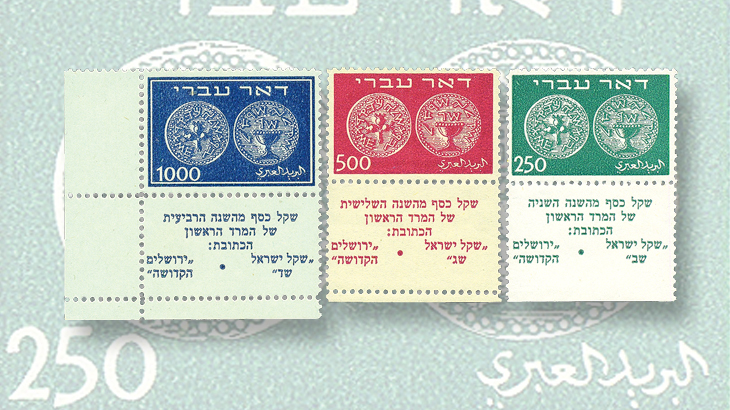 Sam Houston Philatelics held a sale of Germany, U.S. and worldwide stamps in Houston on Sept. 19. The sale was previewed in Linn’s issue of Sept. 21.

A large, used U.S. 1¢ stamp of 1851, type Ib with unclear scrollwork details at bottom (Scott 5A), was identified as coming from position 6R1E, from the early state of plate 1 of this classic issue. With both a black circular-grid “PAID” cancel and red Boston circular datestamp, the stamp presented a colorful example of this very scarce variety. It fetched $7,073, including the 15 percent buyer’s premium charged by Sam Houston on all lots.

Among the German-area varieties that did well was a set of stamps of Germany overprinted in 1899 for use in the Caroline Islands, which Germany had secured from Spain in that year through papal mediation.

All but the 20pf denomination in the set in the Houston sale are never hinged, and all are accompanied by some form of expert certification. The set sold for $3,220.

The Caroline Islands, in the western Pacific, were captured by Japan in 1914 and held until World War II, after which they became trust territories of the United States. They are now divided between the Federated States of Micronesia and Palau.