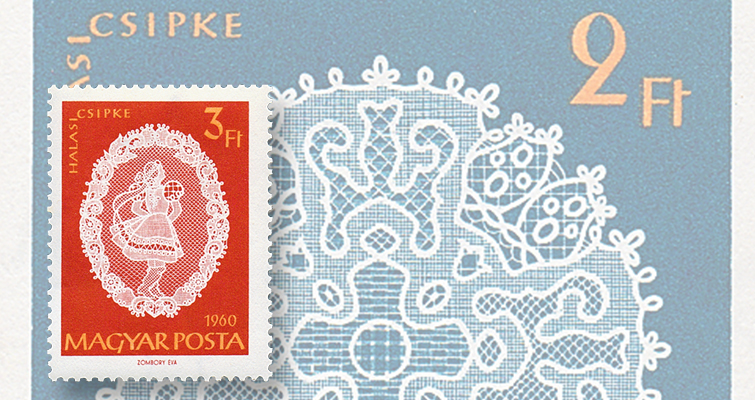 A recent issue of Uppercase magazine highlights the timeless relationship that lace and stamps have had throughout history.

1. Lace and Stamps a beautiful duo

Upper Case Magazine recently published a piece highlighting the long-standing history of lace and crafts as they relate to stamps.

This brief article talks about the simple and timeless beauty of both stamps and lace.

The article is a quick and intriguing read. Have a look.

2. Canada's NHL Goalie stamps are here, and they're awesome

“James T. McCusker held a sale Sept. 2. One of the featured items, shown on the front page of Linn’s Aug. 31 issue, was an 1856 cover with a two-part pictorial cachet from John C. Fremont’s presidential campaign.”

The cover displays a battle scene on one side and a portrait on the other.