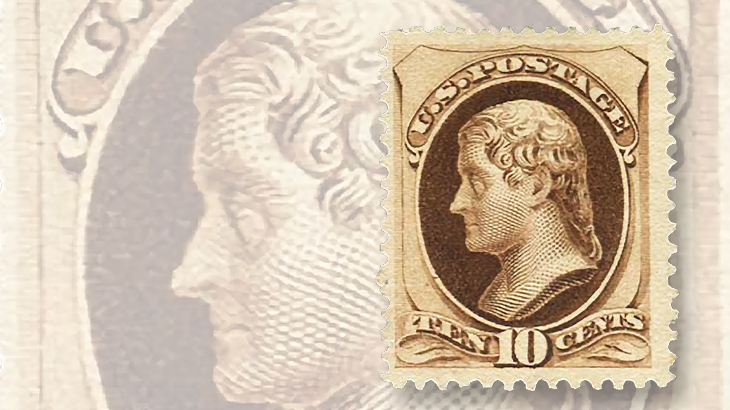 Described as being “in unusually nice condition,” this scarce 1880 special printing of the 10¢ Jefferson Banknote stamp on soft, porous paper, without gum, was sold for $21,600 by Regency-Superior. 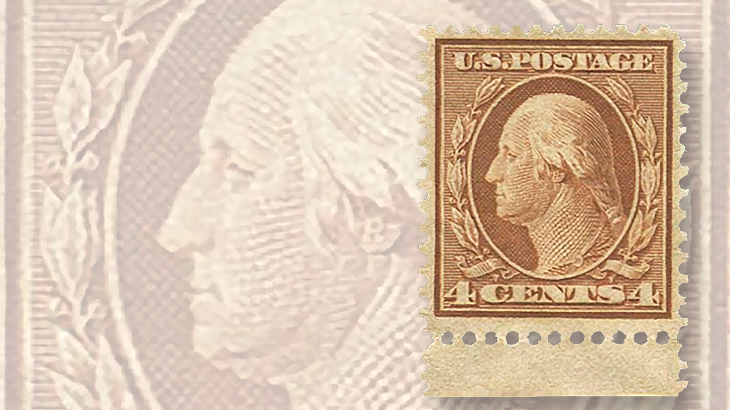 The top realization in the Regency-Superior sale at APS Stampshow was a never-hinged 1909 4¢ Washington definitive on bluish paper, which went for $60,000. 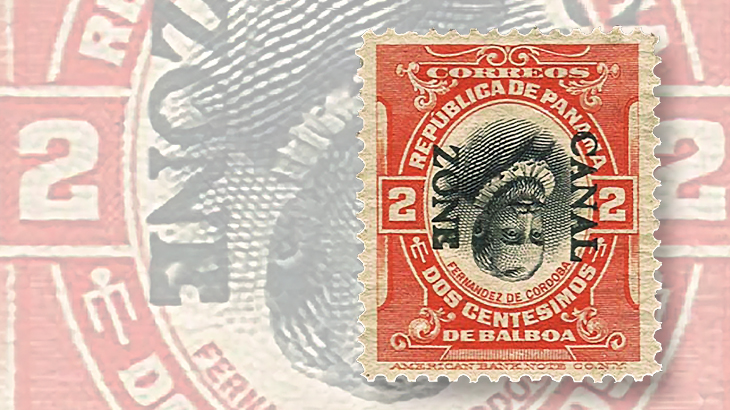 A Canal Zone inverted-center error of the 1912 issue offered during the recent Regency-Superior sale was hammered down for $570.
Previous
Next

The American Philatelic Society’s annual Stampshow took place this year in Grand Rapids, Mich., with two major auctions among the attractions luring thousands of collectors and dealers to the four-day event.

In the Regency-Superior sale at Stampshow, U.S. stamps provided most of the highlights. A 1909 4¢ Washington definitive on bluish paper (Scott 360) grabbed the top realization.

The bluish-paper stamps of the Washington-Franklin definitive series were part of an experiment using 35 percent rag stock instead of all wood fiber. The paper is actually more grayish-brown than blue in appearance.

Two stamps, the 4¢ and 8¢, were never issued at the time of production, but reached the philatelic market years later when some examples were brought out of post office archives. The never-hinged 4¢ stamp in the Regency-Superior sale, with a part of sheet margin at bottom, went for $60,000 including the firm’s 20 percent buyer’s premium.

An 1880 special printing of the 10¢ Jefferson Banknote stamp (Scott 197) on soft, porous paper, without gum, sold for $21,600. Just 180 of the stamps were sold at the time of issue, and many have small faults or other problems. The example offered by Regency-Superior has a tiny thin spot, but was described nonetheless as being “in unusually nice condition.”

The inverted-center 15¢ Columbus stamp of the 1869 Pictorial issue (Scott 119b) is one of the more elusive U.S. errors. An example canceled with a black cork cancel, fresh and sound in spite of having been reperforated at bottom, sold for $15,000 in the Regency-Superior auction.

Some less expensive items also appeared in the sale. A Canal Zone 2-centesimo inverted-center error of the 1912 issue (Scott 39e), with the black portrait of Fernandez de Cordoba upside down in its vermilion frame and the overprint “CANAL ZONE” reading down, sold for $570.