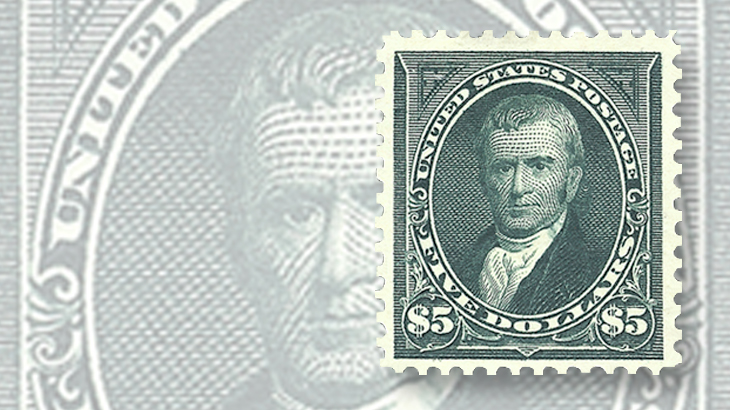 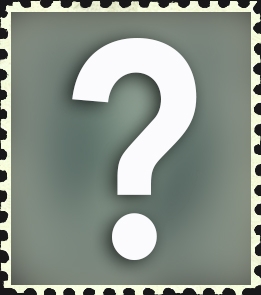 Who is the mystery birthday stamp subject for Sept. 24?
Previous
Next

After serving in the Continental Army during the Revolutionary War, Marshall studied at the College of William and Mary, and was admitted to the bar in 1780.

He established a private law practice but also entered politics, serving in the Virginia House of Delegates and the Virginia General Assembly. George Washington offered Marshall the position of attorney general (which he declined) in 1795.

Following Washington’s death in 1799, Marshall wrote a biography of the president; the first of the five volumes was published in 1804.

Marshall is widely respected for guiding the Supreme Court during its early years, shaping it as a stronger voice within the U.S. government, and as a power that could overturn state court rulings that conflict with the U.S. Constitution.

Marshall first appeared on a U.S. stamp in 1894, on the $5 green stamp from the first issue of the Bureau of Engraving and Printing (Scott 263).

He has been honored on other definitive stamps over the years, and on a 25¢ Supreme Court commemorative stamp in 1990 (Scott 2415).