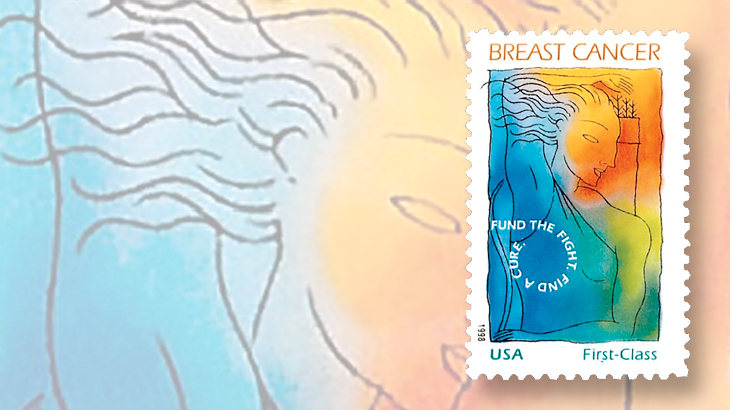 The United States Congress is likely to extend sales of the Breast Cancer Research semipostal stamp to 2019. Legislation is pending in both the Senate and House.

A spokeswoman for Sen. Dianne Feinstein, D-Calif., says legislation to extend sales of the nation’s first semipostal stamp — the Breast Cancer Research semipostal — to 2019 is likely to win Congressional approval before Congress adjourns for the year.

“The bill to reauthorize the stamp has strong bipartisan support, and the [Senate] Homeland Security and Governmental Affairs Committee recently approved the legislation so we expect that it will move forward,” said spokeswoman Ashley Schapiti.

In May, Feinstein and Sen. Mike Enzi, R-Wyo., introduced legislation in the Senate to extend sales of the stamp, which will end this December unless Congress acts.

A companion bill, introduced by Reps. Jackie Speier, D-Calif., and Cynthia Lummis, R-Wyo., is awaiting action in a House committee.

The stamp, first issued in 1998, has proved to be the nation’s most successful semipostal, raising more than $80.4 million for breast cancer research.