Do some armchair traveling with Wallis and Futuna stamps 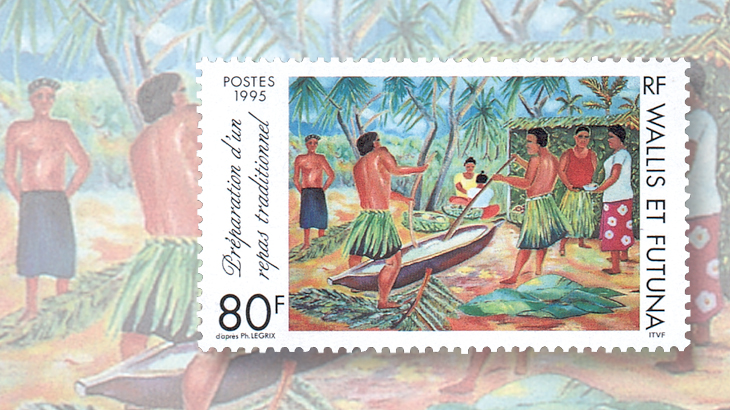 Preparation of a traditional local meal is seen on a Wallis and Futuna stamp of 1995. 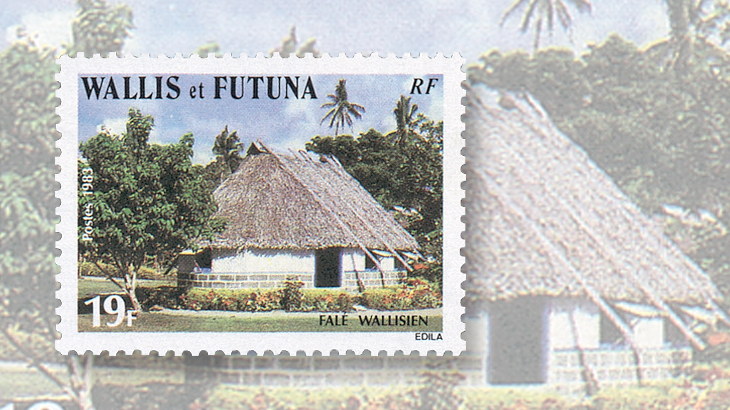 A traditional Polynesian house known as a “fale” is rendered on a 1983 Wallis and Futuna stamp. 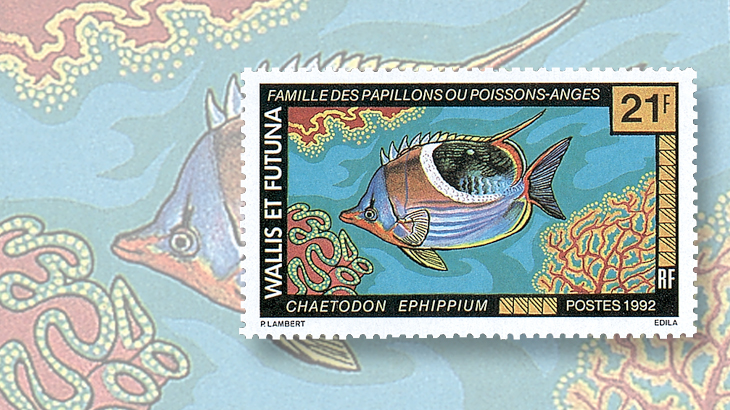 One of Wallis and Futuna’s colorful fish is the saddleback butterflyfish, depicted on a 1992 stamp. 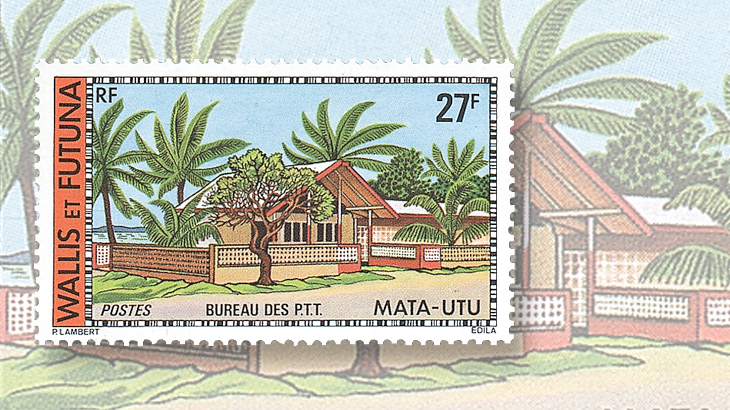 The post office at Mata Utu appears on a 1977 Wallis and Futuna commemorative stamp. 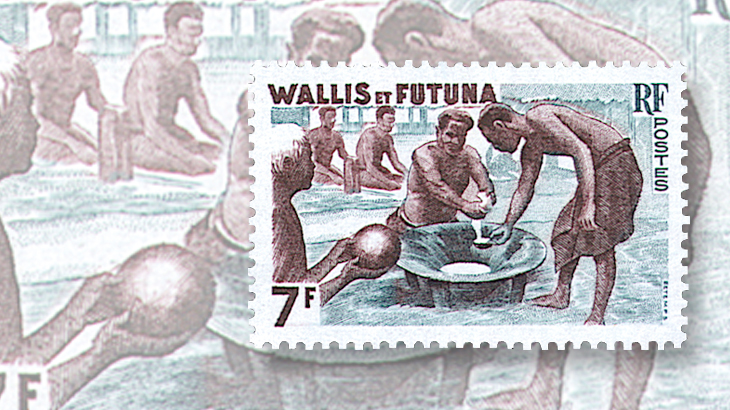 The kava ceremony, in which the local drink made from ground-up kava roots is prepared, is shown on a 1960 stamp. 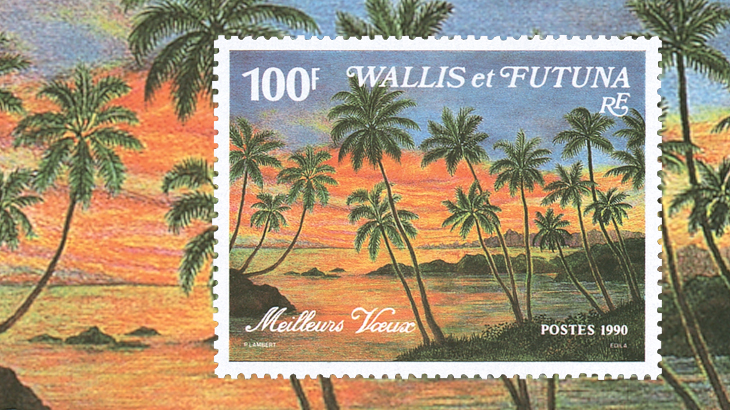 The perfect end to a day of South Pacific tourism: a beach sunset such as this one on a 1990 stamp.
Previous
Next

In the late 1950s, the stamps became more colorful. Stamp designs began to focus on the people, the flora and fauna, and the history of the islands. This stamp era is where armchair travel kicks into high gear.

If you visited Wallis and Futuna, you would surely want to go to the post office. The post office in the capital city of Mata Utu on the east side of Wallis Island is shown on a 1977 stamp (Scott 200).

And you might want to go scuba diving to see the colorful fish along the reef that surrounds Wallis Island, as shown on Scott 426, a stamp from 1992. The fish is a saddleback butterflyfish (chaetodon ephippium).

Many of the locals live in traditional Polynesian thatched-roof houses called “fales,” one of which is pictured on Scott 299, from 1983, shown here.

If you are lucky, during your imaginary visit to the islands someone will invite you into a fale. And you might be even luckier, finding the residents are preparing a feast for you, such as the traditional meal being made on Scott 464, from 1995.

Your visit could get even better if you are offered a drink: On Wallis and Futuna the drink of choice is kava, made from the ground-up roots of kava plants. Scott 155, from 1960, depicts the kava ceremony. The muddy-looking beverage, described as having “sedative and anesthetic properties,” is almost certainly an acquired taste.

It has been a long day as a philatelic tourist, so it may be time to go to the beach and relax and watch the sun set, as portrayed on Scott 400, issued in 1990.

If you are longing for more Wallis and Futuna stamp information, check out the France and Colonies Philatelic Society.

Various tourist videos about Wallis and Futuna are available online. Enjoy the journey.