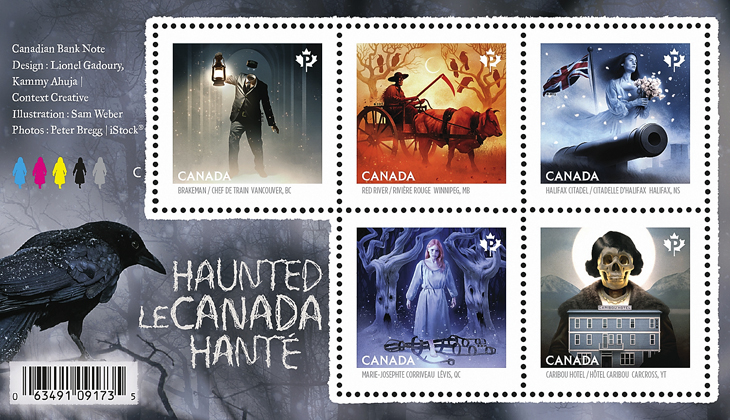 The Haunted Canada souvenir sheet issued Sept. 14 features five perforated stamps with moisture-activated gum. Canada Post describes the design in the selvage of the sheet as “a sinister raven coated in rain drops perches on a branch in a dark, misty wood.” 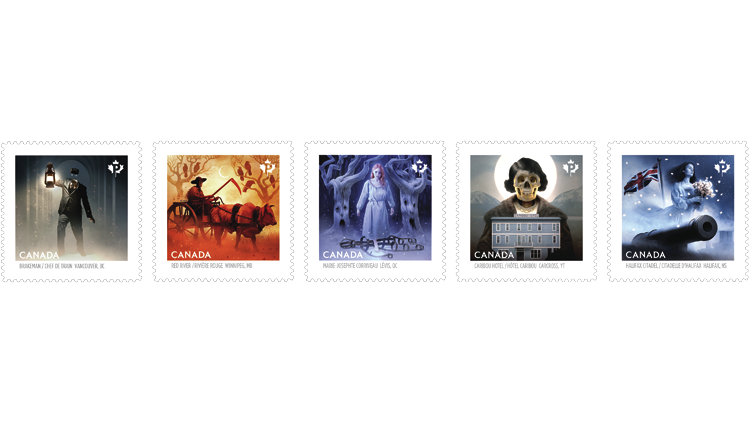