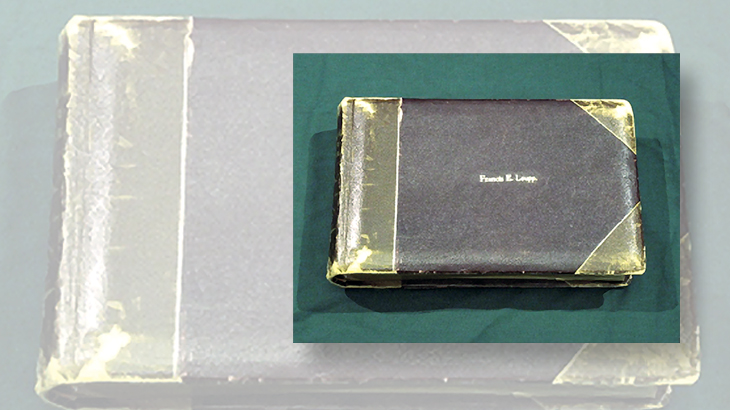 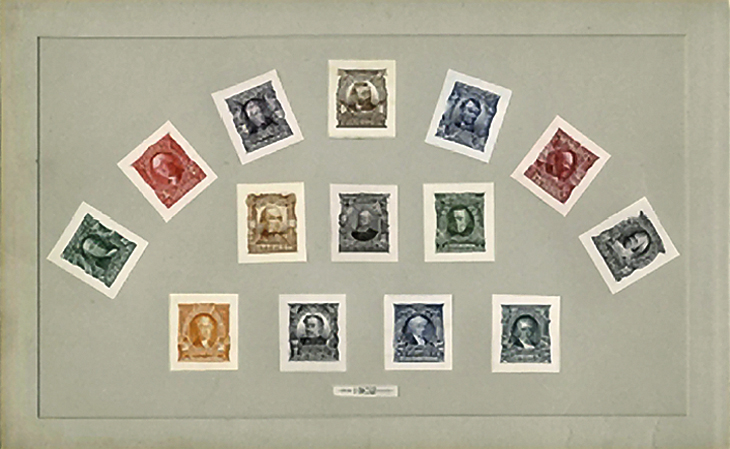 The 1902 series mounted on a full page from a Roosevelt small die proof presentation album. Image courtesy of Robert A. Siegel Auction Galleries. 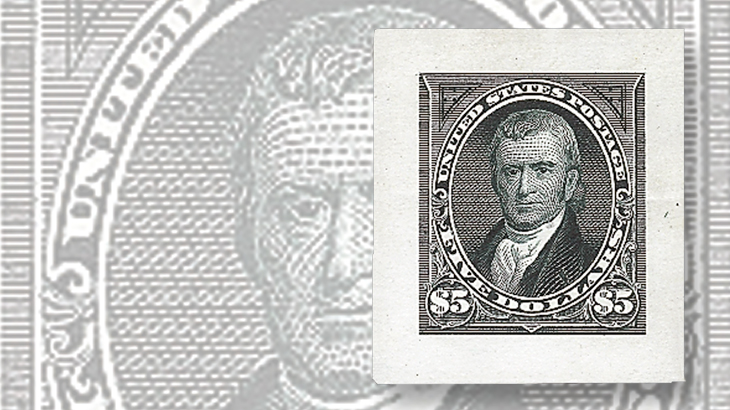 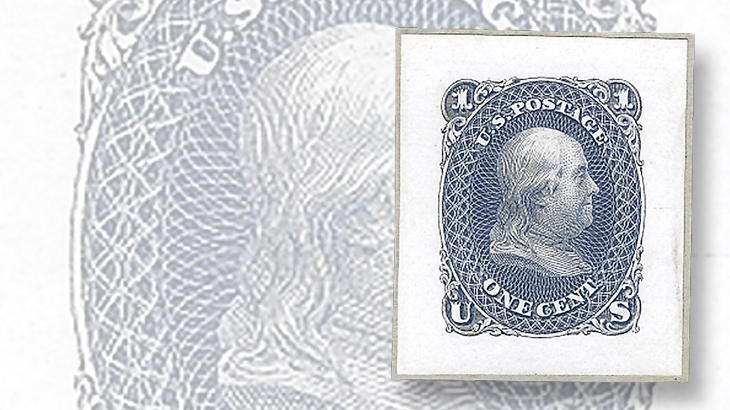 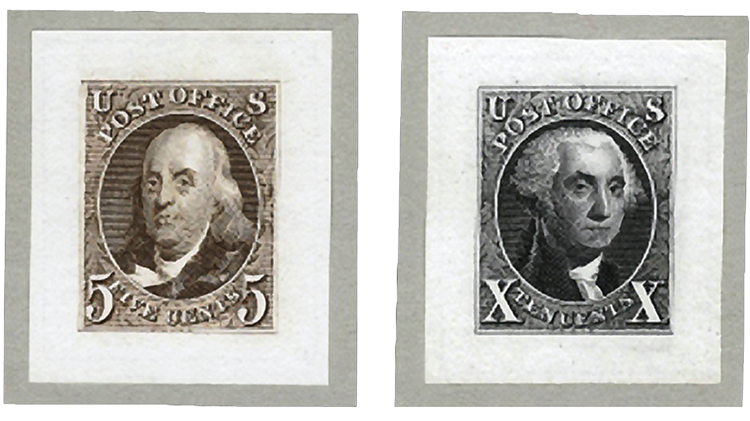 Roosevelt small die proofs of the 5¢ and 10¢ 1847 issue (Scott 3P2-4P2). Image courtesy of Robert A. Siegel Auction Galleries.
Previous
Next

The Roosevelt small die proof albums were produced in the early part of 1903 during President Theodore Roosevelt’s administration.

The use of his name by philatelists, to identify these proofs, is the sole connection that he has to these albums. They are more than likely the brainchild of Edwin Charles Madden, then third assistant postmaster general, and his longtime chief of the stamp division, “Major” James H. Reeve.

A list of the recipients of these albums, drafted by Madden, was found in the archives of President Franklin D. Roosevelt’s library in Hyde Park, N.Y.

Madden’s list contained 75 names, with many of the albums going to political friends in his hometown of Detroit, as well as employees of the Post Office Department, senators, congressmen, Bureau of Engraving and Printing employees, newspapermen, President Theodore Roosevelt and cabinet level members of his administration.

The lion’s share of the 85 albums that have found their way into philatelic hands have been broken up. Census numbers as recently as a year ago can only account for 15 intact albums. This number can only grow, but probably not by much, if the heirs of the original recipients come forward with their albums.

I have been fortunate to unearth two such unrecorded albums in the past year.

Breaking down an album is no easy task. The pages are duplex, so the proofs are mounted back to back.

This means that the page needs to be split horizontally, no small feat for a page measuring about 6 inches by 9 inches and approximately 3/32 of an inch thick.

It takes the skill of a conservator to pull off the splitting. A mistake can mean the destruction of the proofs on one side of the page.

The image of the page containing the Roosevelt proofs for the complete set of the 1902 series is an example of a successful page split.

Just as many of the albums were broken down into pages, many of the pages have since been cut up to provide individual proofs or sets that can be arranged to a collector’s liking. The image of the 5¢ and 10¢ 1847 issue Roosevelt proofs (Scott 3P2-4P2) is a prime example of proofs that have been cut from the page.

The image of the 1¢ Benjamin Franklin, from the 1861 September issue (Scott 63P2), is an example of a Roosevelt proof with tight border margins.

Unlike the wide-margin 1847 issue Roosevelt proofs (only four on a page), the 1861 issue was laid out rather tight, thus limiting the size of the margins when the proofs were cut from the page. Therefore, it is not possible to get jumbo margins for every proof that was mounted in an album.

The image of the 1894 $5 John Marshall (Scott 263P3) is an example of a Roosevelt proof that has been removed from the gray card backing. More often than not proofs that have been removed will show evidence of thinning.

This is the result of the extremely strong adhesive used to mount the proofs in the albums. Even if successfully removed, they will show evidence of the black outlined positioning box from the page.

Unmounted examples with clean backs exist. These are thought to come from the remainders, or leftovers, from when the proofs were originally pulled by the Bureau in 1903.

Keep in mind that the proving room books show that 100 examples were pulled for most of the proofs. Because they were not all used, and not all remainders destroyed, examples have found their way into the philatelic marketplace.

If you are interested in pursuing this subject in-depth, I suggest an excellent article by Mark A Scheuer, titled “The Small Die Proof Albums of 1903,” published in the November 2013 (Vol. 65, No. 4) issue of The Chronicle of the U.S. Classic Postal Issues, the quarterly journal of the United States Philatelic Classics Society. You can join this outstanding society on its website, www.uspcs.org.

The third and final column in this series on 20th-century die proofs will appear in a November issue of Linn’s. It will focus on proofs produced by the Bureau of Engraving and Printing between 1922 and 1961.

James E. Lee has been a full-time professional philatelist for more than 25 years specializing in United States essays and proofs, postal history and fancy cancels. He may be reached via e-mail at jim@jameslee.com, or through his website.