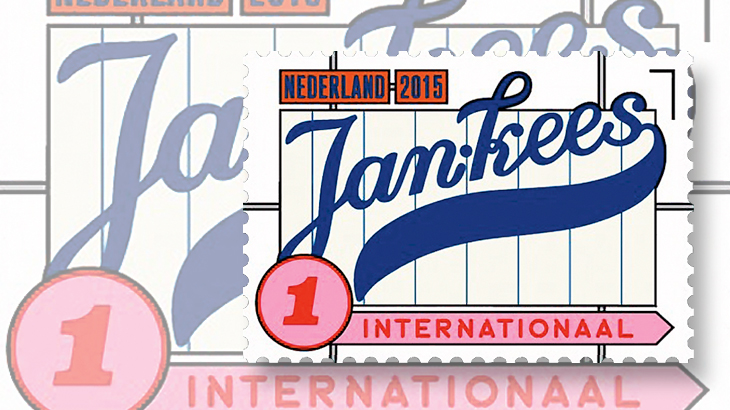 The stylized baseball jersey shown on this stamp from the Netherlands has the word “Jankees” instead of Yankees, representing a Dutch origin of the term. 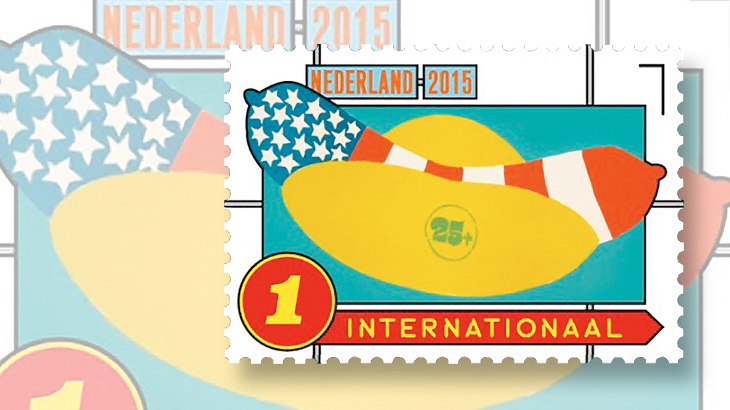 This lithograph of an all-American hot dog was created by Dutch artist and author Jan Cremer while living in New York City. The stamp is part of the Netherlands and Beyond set of six issued Sept. 14. 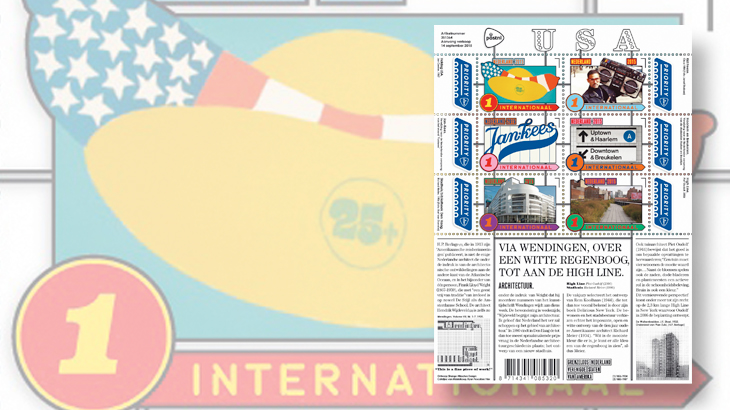 The six stamps in the Netherlands and Beyond set were produced in three different panes, representing the themes of architecture, language and pop culture. The architecture pane is shown.
Previous
Next

A red, white and blue hot dog and a baseball jersey are pictured on new stamps from the Netherlands.

These stamps are part of an annual series highlighting connections between the Netherlands and another country, in this case the United States.

The six stamps issued Sept. 14 by the Netherlands PostNL feature connections in the areas of pop culture, language and architecture. Most of the designs relate to New York City, which was founded by Dutch settlers in 1624.

The baseball jersey appears to be for the New York Yankees, but it actually says “Jankees.” According to some sources, the word Yankees is derived from the Dutch first names Jan and Kees.

The design of the other language stamp pictures a fictional subway sign emphasizing the Dutch origins of a New York City neighborhood, Haarleem for Harlem, and borough, Breukelen for Brooklyn.

The six stamps are se-tenant (side-by-side) in three panes, which differ in the order of the stamps and in the theme of the illustrations and text in the selvage below the stamps.

The pane featuring the architecture theme is shown nearby.

The pair reports that they created the designs to resemble billboards, with the vertical and horizontal lines in the background of each illustration representing highways of the United States.

Cartor SA, a security printer in France, printed the stamps by offset. The stamps are nondenominated with a large “1” followed by “international,” indicating that they pay the worldwide priority rate for letters weighing up to 20 grams.