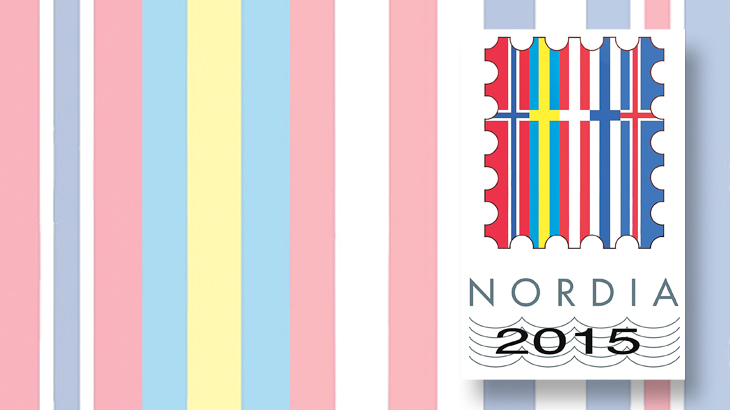 Show organizers will hold this year's Nordia show as planned in a new location after the original show hotel agreed to provide accommodations for asylum seekers from the ongoing refugee crisis.

The Nordia 2015 stamp show and exhibition has undergone an unexpected relocation just weeks before the show is scheduled to open, but the Nordia organizing committee is moving forward with plans for the show at its new venue.

The upcoming Scandinavia-area show will now take place Oct. 30 through Nov. 1 at Scandic Infra City, Kanalvagen 10, in Upplands, Vasby, just north of Stockholm, according to information posted Sept. 29 on the show’s website.

The Syrian refugee crisis that has seen a reported 4 million people fleeing their war-torn homeland is impacting the upcoming Scandinavia-area show, which was previously scheduled to take place on the same dates in Taby, Sweden, which is also north of Stockholm.

A message from the president of the Nordia organizing committee, Mats Soderberg, posted on the Nordia website in late September, reported that the show was notified Sept. 23 that the show hotel in Taby, previously reported as the Taby Park Hotel, was deployed for arriving migrants, “mostly, from Syria and Iraq.”

A notice posted on the Taby Park Hotel website confirmed that in an agreement with the Swedish Migration Board it will operate to provide accommodation for asylum seekers.

Soderberg insisted the Nordia show would not be canceled, adding that Nordia was searching for a new location in the Stockholm region, and would post an announcement when a new site for the show was secured.

“Please do nothing concerning hotel reservations and travel arrangements at present,” Soderberg wrote. “You will get further information within a few days.”

Sweden has received more than 64,000 Syrian asylum requests, according to a Sept. 10 report by Michael Martinez of CNN. Soderberg’s announcement on the Nordia website noted that refugees were beginning to arrive Sept. 23.

The annual Nordia exhibition is intended primarily for members of the national Nordic Philatelic Federations and the United States-based Scandinavian Collectors Club, according a description on the Nordia website. The show location rotates each year among the member nations of the Nordic philatelic federations.