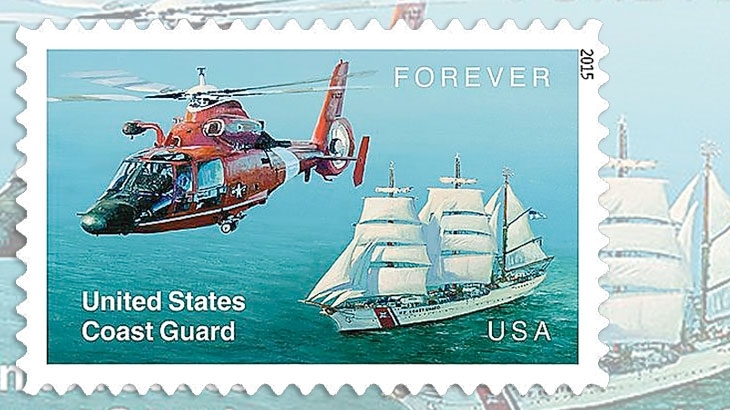 Banknote Corporation of America, which printed the 2015 Coast Guard forever stamp, has been purchased by CCL Label of Clinton, S.C.

The United States Postal Service still has two stamp printing firms under contract, but the ownership of one firm has changed.

As a result, stamps printed from this merger “will carry the BCA mark,” according to the Postal Service.

There is no change for the other USPS contract printer, Ashton Potter of Williamsville, N.Y.

Banknote Corporation for Sennett Security Products is listed as the printer of the Quilled Paper Heart forever stamp to be issued Jan. 12.

After the Forever Hearts set of two nondenominated (49¢) forever stamps were issued this year on Jan. 22 (Scott 4955-4956), Linn’s reported that after the printing contracts expired, the Postal Service chose to use just two security printers instead of three, and the new contracts continued the USPS relationship with Sennett and Ashton Potter only.

Banknote Corporation of Browns Summit, N.C., has been consistently listed as the printer and processor of stamps for Sennett over the past few years.

This new merger keeps the number of contract printers at two, but reintroduces CCL in the stamp printing picture, though it appears the stamps not printed by Ashton Potter will continue to be printed by Banknote Corporation.