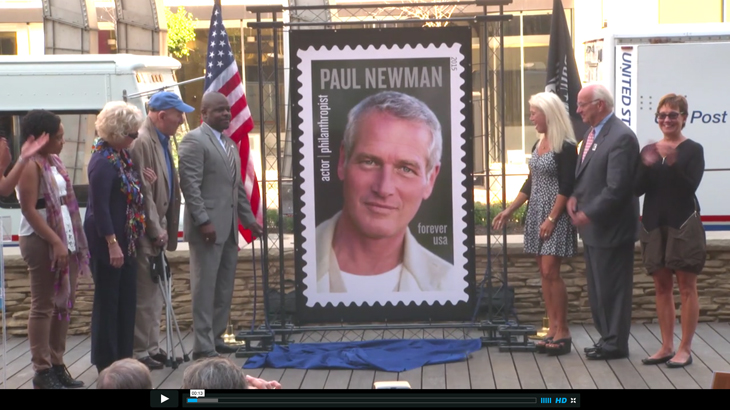 The U.S. Postal Service unveiled its new Paul Newman forever stamp during a ceremony in Cleveland on Sept. 18.

“Paul Newman left an indelible mark on American film and American culture. He loved life. He loved the arts. And, perhaps most importantly, he loved to help others,” said Joshua Colin, vice president for eastern area operations for the Postal Service. “Through this stamp, Paul Newman will forever be remembered as a great actor, writer, producer and director who advanced philanthropic endeavors, funded charitable causes and made the world a better place.”

Watch a video of the ceremony from the USPS here.