What to do when you receive a “no opinion” certificate 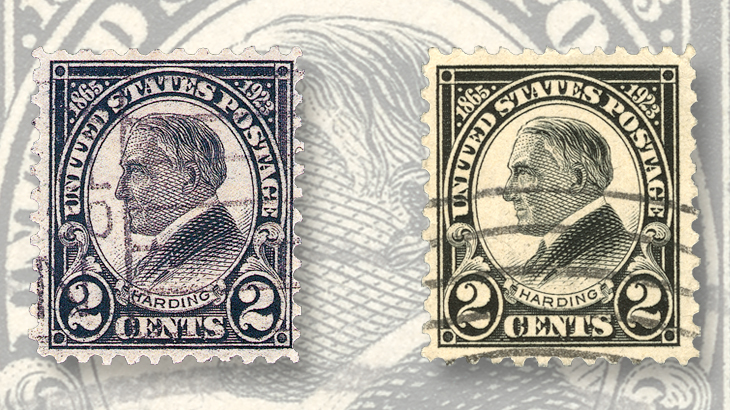 You’ve sent in your latest find to be expertized, pretty sure that it is what you think it is. After the usual period of nail-biting while waiting for the certificate that will prove you right, the mail brings one that says, “No opinion.”

Responses to this situation can range from puzzlement to anger, but after the disappointment, there is the question of what to do next.

There are three answers. But before we get to them, let’s first look at why a submission might receive a “no opinion.”

To personalize this, there are some items I feel 100 percent competent to make judgments on, and others where I am not 100 percent certain.

In the latter case, I want others to look at it from the perspective of their knowledge and experience. If there isn’t anyone who can do that, the result may be a “no opinion” because the standard is to be 100 percent certain, unless the expert knows others will review it. To that end, the expert will write a note with his or her findings and recommend that it be reviewed.

If there is a more competent expert or two, and if they agree with me, that is great. If they don’t agree with me, also great. If the expertizing house shares their opinions with me, I learn something new, and the submitter receives an opinion about the item (“patient”) submitted either up or down.

Now, consider the case where there are two or more experts who do believe they are 100 percent competent, and after examining the item submitted come to different conclusions. Reasonable people can — and do — disagree.

Most submissions will not fall into this category because the characteristics being looked at are established and objective. As experts, we know what we are looking for in terms of paper type, gum, perforations, color, design characteristics, cancellations, markings on covers, how those markings match up with time periods, etc.

But especially with finds of items that are new or have a small base of established knowledge and a small number of known reference examples, two experts can read the tea leaves differently.

The differences in opinion may be so basic that there is no resolving them, but often, the experts will try to convince each other that their opinion is the correct one. And sometimes that process will result in a unified opinion. If not, the certificate comes back “no opinion.”

When you receive a “no opinion” certificate, you need to know why. Sometimes the expertizing house will tell you, especially when there is not enough on-staff expertise. But if you are not given any information, e-mail or telephone and ask. The answer can help you to determine the next step.

In the simplest case, lack of appropriate staff means that you have wasted your time (as you will get your money back on “no opinion” certificates), but you can submit it to another expertizing house. Before you send the item, though, you might want to contact this second expertizing house to be certain it does have staff that are experts in that area.

If your item is a case of split opinions, you also can resubmit elsewhere, but that might not be your first choice. Expertizing houses will often share with you the reasons given for disagreement among the experts.

If you are an experienced and knowledgeable collector in the area being expertized and you disagree with one of the experts, you can resubmit your item with additional information that you have accumulated from your study or have found in the philatelic literature.

I have been a participant in such an exchange regarding my concerns about a United States Scott 613 candidate. This is the perforated gauge 11, rotary press version of the 2¢ black Warren Harding commemorative, which has a Scott catalog value of $40,000 used (none are known mint).

The differences between the rotary press version and the flat plate version (Scott 610 with a catalog value of 25¢) are in fractions of a millimeter, variance in color, and, sometimes, the presence or absence of ink on the back of the stamp. There are fewer than 50 reported and expertized examples of Scott 613.

To make a long story short, the submitter was able to send additional objective evidence that overcame my concerns, and the candidate received a good certificate.

If that process does not work for you, or if you don’t have independent expertise, then another expertizing house can be asked to have a crack at it.

If you choose not to do that, then you have the alternatives of dealing with the item as something of an orphan. A “no opinion” certificate has financial consequences because you can’t sell such an item as genuine.

At the same time, you should not be selling such an item as a fake. While it is an item under a cloud, it still has value, even if less than it would have with a good certificate.

After all, somewhere down the line, new technology, or new information may allow a definitive opinion.

So, you can hold on to the item, gather information and eventually resubmit, or you can make it someone else’s challenge by selling it.

In either case, you should retain the “No opinion” certificate with the item. It is an unfortunate reality that it is a temptation that some can’t resist to destroy “no opinion” and bad certificates in the hope that possible buyers will convince themselves that the item is good, or at least not bother with submitting it for expertizing.

This is not only unethical and dishonest, it is increasingly likely that a careful purchaser will catch the deceit as expertizing houses put their opinion files on line.

But that is a subject for another day.