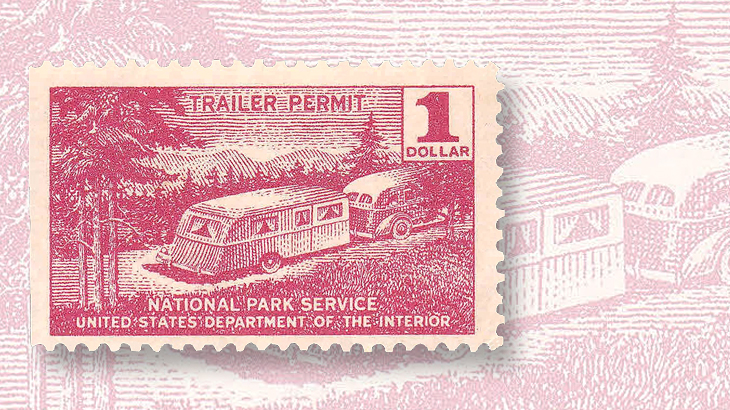 The United States $1 Trailer and Automobile trailer permit stamp (Scott RVT2) is in demand and selling in the $500-to-$525 price range in unused condition. 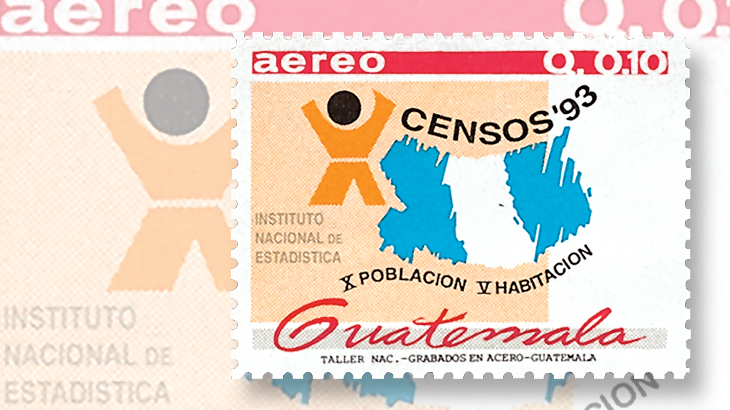 The withdrawn 2001 Guatemala 10-centavo 1993 Census airmail stamp (Scott C875) is in demand and selling above the 2015 Scott Standard Postage Stamp Catalogue value in the $75-to-$85 price range.
Previous
Next

Guatemala lies in Central America south of Mexico and bordering on Belize, Honduras and El Salvador. It has coastline on both the Gulf of Mexico and the Pacific Ocean.

The heart of the Mayan civilization lay in Guatemala, and many of its 15.8 million people are of Mayan ancestry. A former Spanish colony, it was part of the Federal Republic of Central America from 1821 until declaring full independence in 1841. After a long history of domination by American business interests, dictators and civil war, Guatemala has been a representative democracy since 1996.

Guatemala has a strong collector following in the United States, with organized representation through the International Society of Guatemala Collectors and its quarterly publication, El Quetzal.

The 2015 Scott Standard Postage Stamp Catalogue values the stamp in both mint never-hinged condition and used condition at $50. It is currently selling in the $75-to-$85 price range, and it is a good buy at those prices.

United States — In 1939, the National Park Service of the Department of Interior began issuing trailer permit stamps. Effective July 1, 1939, the stamps were required to be affixed to the license to operate any motor vehicle with an attached house trailer entering a national park or national monument.

The stamps were issued in two denominations: a 50¢ bright blue (Scott RVT1) and a $1 carmine (Scott RVT2). Both stamps show the same design with a woody station wagon pulling a camper trailer.

The stamps were issued to park rangers in booklets of 50 with five panes of 10 stamps. The stamp panes were in two columns of five stamps, and all examples have a straight edge at one side. Unused examples may have a ranger’s handwritten control number.

These stamps are popular with collectors with an interest in national parks. They also have a nostalgic appeal for collectors of a certain age who remember family camping trips fondly. Although pricey, the stamps form a small, discrete collecting specialty.

Although trailer permit stamps were in use at least until 1952, they are uncommon. The 2015 Scott Specialized Catalogue of United States Stamps and Covers values the $1 stamp at $600 in unused condition and $450 in used condition. The unused stamp is currently selling in the $500-to-$525 price range, with good demand for any that come on the market.