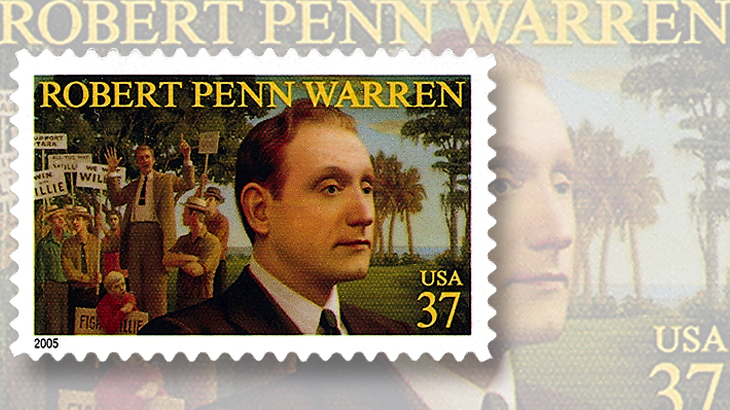 American author Robert Penn Warren was honored on this 37¢ stamp in the Literary Arts series.

His early writings included essays and reference works. His first novel, Night Rider, was published in 1939, followed by At Heaven’s Gate in 1943.

His most famous novel was All the King’s Men from 1946, which was awarded the Pulitzer Prize the following year. A film version in 1949 won the Academy Award for Best Picture.

The 37¢ stamp honoring Warren (Scott 3904) was issued April 22, 2005, in association with events celebrating the writer’s birth centenary. The stamp design includes a portrait by Will Wilson and a scene recalling All the King’s Men. The stamp was the 21st in the Literary Arts commemorative series.