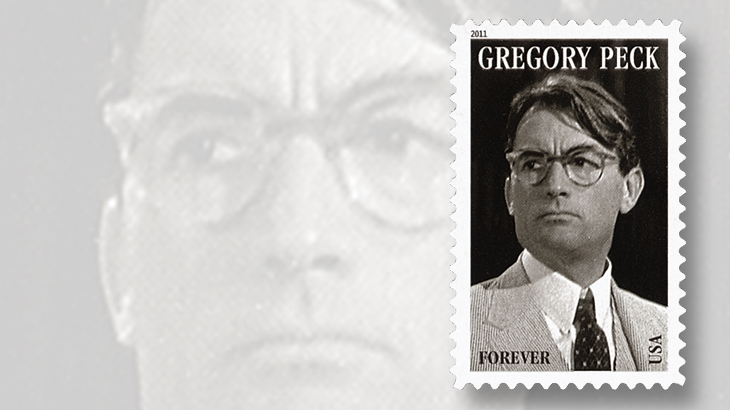 Academy Award-winning actor Gregory Peck was honored on a forever stamp issued in 2011.

American film star Gregory Peck, who won the Academy Award for best actor for his portrayal of Atticus Finch in the 1962 drama To Kill a Mockingbird, was born 100 years ago on April 5, 1916, in San Diego, Calif.

When Peck was just five years old, his parents divorced and he was sent to live with his grandmother. He would later attend college at the University of California at Berkeley as a pre-med student, but his interests turned to acting, and he moved to New York City and began his career on stage.

He returned to California to act in films, and earned an Academy Award nomination, the first of five, for his starring role as the struggling young priest Father Francis Chisholm in The Keys of the Kingdom (1944).

Peck was also known for his humanitarian efforts, and that contributed to his receiving the Presidential Medal of Freedom, the nation’s highest civilian honor, from President Lyndon Johnson in 1968.