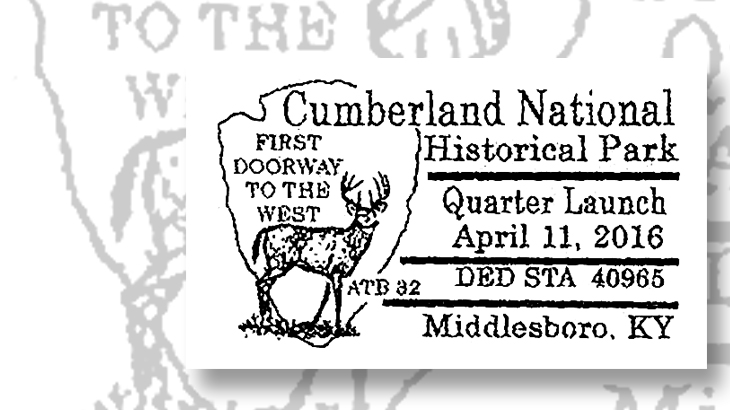 The dedication of the Cumberland National Historical Park quarter in Kentucky is the event that inspired this April 11 postmark.

The quarter was launched that day with an 11 a.m. ceremony at the park’s visitor center.

The United States Mint describes the new quarter by saying, “The design features a frontiersman gazing across the mountains to the West. Many pioneers used Cumberland Gap on their journey into the western frontiers of Kentucky and Tennessee.”

The postmark has a slightly different approach, with the image of a deer and the arrowhead insignia representing the National Park Service.

To obtain this postmark, send your request to: