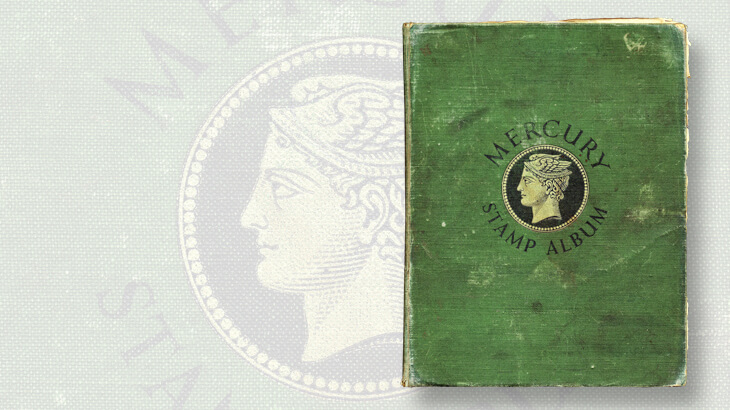 The front cover of Lennon's childhood stamp album, given to him by cousin Stanley Parkes. 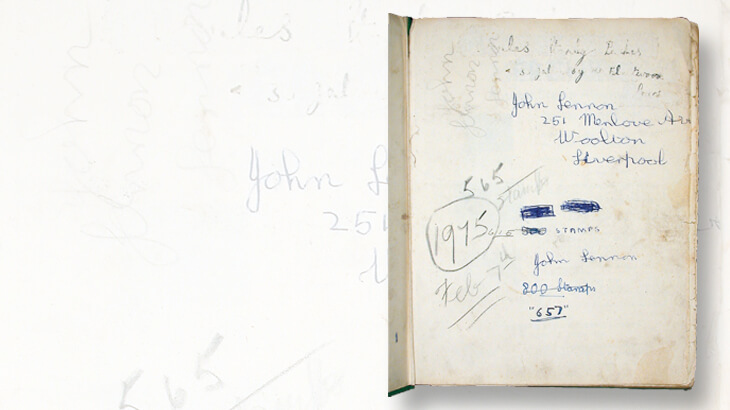 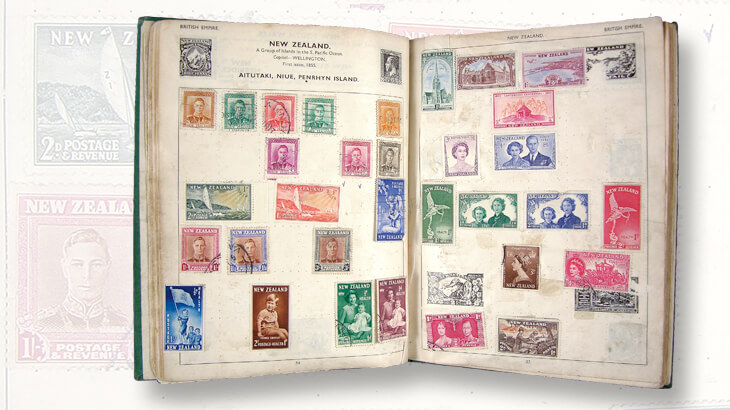 Stamps from New Zealand arrived on mail from John Lennon’s relatives, according to the Smithsonian’s National Postal Museum. 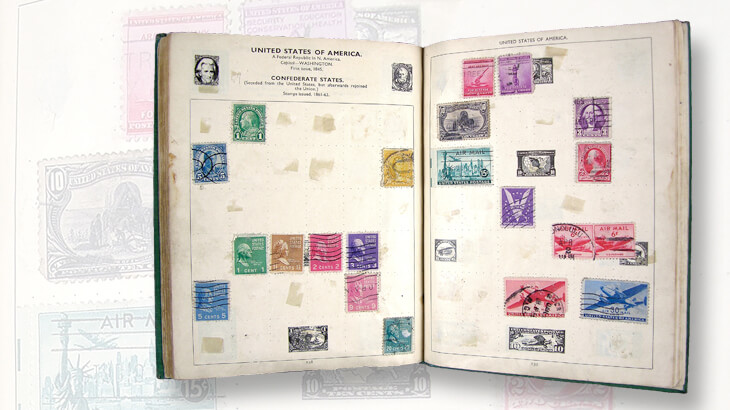 The United States stamps in John Lennon’s stamp album include an 1898 10¢ Trans-Mississippi stamp. 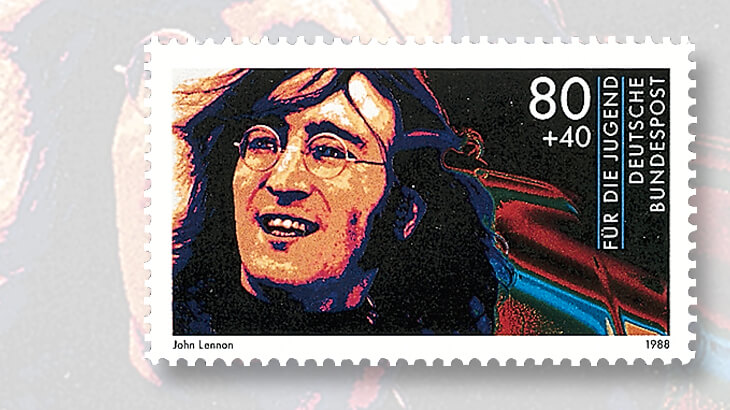 John Lennon, commemorated on a 1988 semipostal issued by Germany (Scott B669).
Previous
Next

Like many youngsters in England during the 1940s and 1950s, young John Lennon collected stamps. But unlike most of his peers, John grew up to become a musician and songwriter who experienced extraordinary worldwide fame.

As a founding member of the Beatles, the adult John Lennon left stamp collecting behind him, but his childhood album survives and will be on display at World Stamp Show-NY 2016.

The hardcover Mercury stamp album is part of the collection of the Smithsonian’s National Postal Museum in Washington, D.C., where it was first displayed in 2005 after the museum purchased it from Stanley Gibbons Ltd., of London, England.

It was originally a gift to the future Beatle from his older cousin, Stanley Parkes, who died in January 2016. Lennon died in 1980.

Lennon’s youthful signature appears on the front flyleaf in three places. One inscription also includes his Liverpool address at 251 Menlove Ave. That’s where he lived with his Aunt Mary (known as “Mimi”) and her husband George.

Numbers written here and there on the flyleaf and then crossed out provide an undated inventory of the stamps in the album, reaching “800 stamps” at one point.

Images of the album provided by the National Postal Museum show facing pages containing more than 30 New Zealand stamps that Lennon obtained through correspondence with relatives, the museum explains.

Numerous pages of the album are entirely empty or show remnants of glassine hinges where stamps were once affixed and then removed. Some countries, such as France and Germany, show as many as 30 stamps or more, mostly familiar definitives and commemoratives that might have been traded among schoolboy collectors.

Among the 20-odd United States stamps is a bit of a surprise: a used 10¢ Trans-Mississippi stamp from the 1898 set (Scott 290), looking a bit shopworn but standing out among the much more common Presidential series stamps and 1940s airmails.

All in all, a nice start for the young collector from Menlove Avenue.