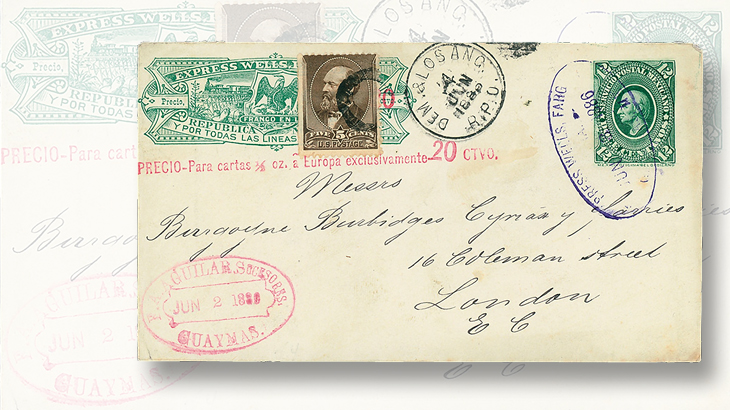 A collection of covers documenting the operations of the Wells Fargo messenger service in Mexico during the 1880s and 1890s sold for about $5,100 during the Feb. 24 Grosvenor auction. Included in the collection was this handsome mixed-franking cover. 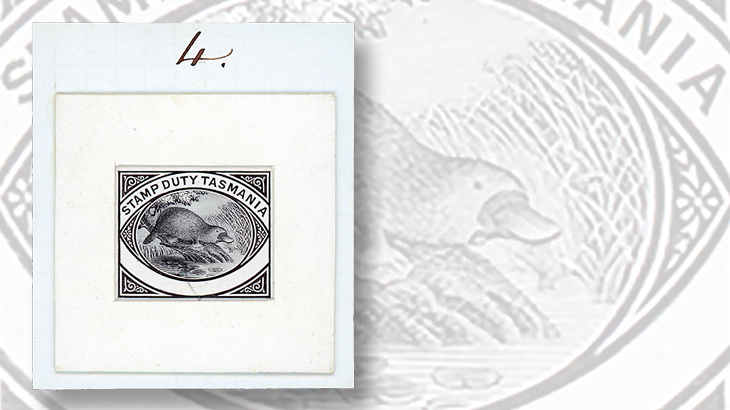 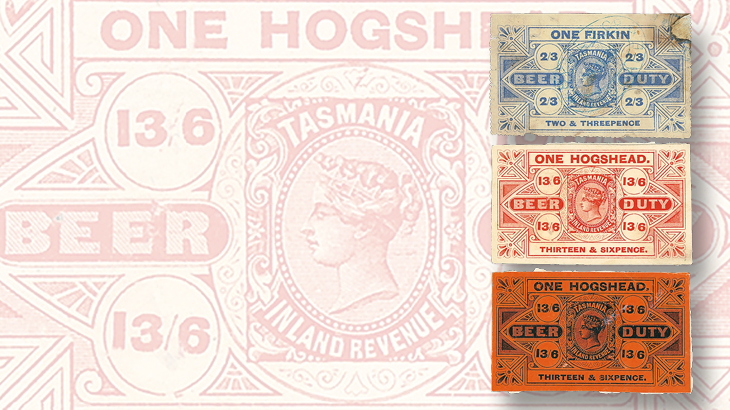 Among the more interesting lots in the Feb. 24 Grosvenor sale in London was this trio of Tasmanian beer-duty stamps that sold for about $665. The stamp at top paid the duty on a firkin — a cask of about 11 gallons. 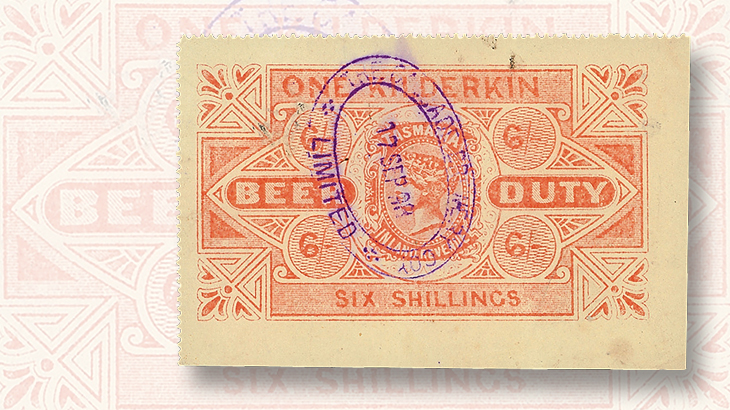 Grosvenor’s Feb. 24 sale in London offered a worldwide assortment of cinderellas from the collection of brothers Francis and Charles Kiddle.

The sale had a sad undercurrent: Francis Kiddle, a past president of the Royal Philatelic Society London, and a well-regarded philatelist who, with his brother, wrote a monthly column on cinderellas for Britain’s Stamps magazine, passed away Oct. 21, 2015, at age 73.

The sale’s breadth and depth gave an indication of the richness of cinderella collecting, which covers almost everything that looks like a postage stamp, but isn’t: revenue stamps, private courier stamps, telephone and telegraph stamps, stamps for miscellaneous fees and other purposes, poster stamps, charity seals, and so forth.

Among the more whimsical lots were some hand-drawn essays for Tasmania’s stamp duty (revenue) issue prepared by De La Rue in 1877, featuring a duck-billed platypus.

A set of eight large pencil sketches of the distinctive marsupial were hammered down for £1,000 – or $1,760, including the 22.8 percent buyer’s premium added by Grosvenor to all lots – while a cut-down die proof on sunken card of the nearly finished platypus design fetched $335.

One lot included two imperforate color trials, in red-on-white and black-on-orange, for a 13-shilling-6-pence stamp to pay the duty on one hogshead (a barrel holding 64 gallons) as well as a used 2s3p stamp in the same design, paying duty on a firkin (a cask of about 11 gallons). The trio brought about $665.

A used rose-colored stamp, in the same design denominated 6s, paid duty on one kilderkin, which is equal to two firkins. That one fetched $245.

A collection of 171 covers from “an award-winning collection, well written-up on leaves” documenting the operations of the Wells Fargo messenger service in Mexico during the 1880s and 1890s included prestamped franks, a study of the various rates and examples sent to overseas destinations, including some with U.S. stamps added. The collection went for about $5,100.