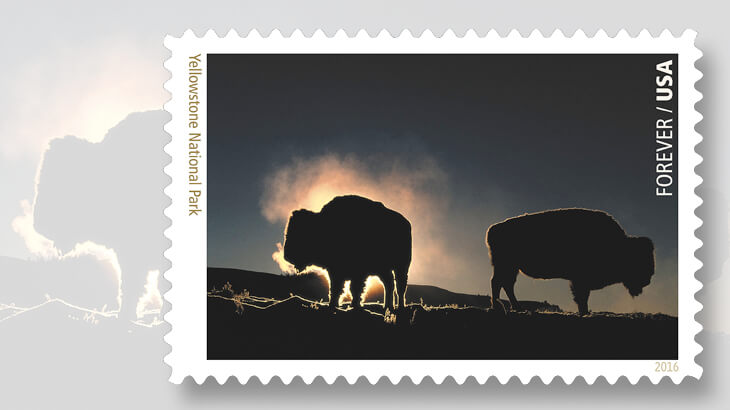 Bison are featured on the forever stamp for Yellowstone National Park. The design was revealed April 25 after Postal Service officials released one stamp design per day over a three-week period. 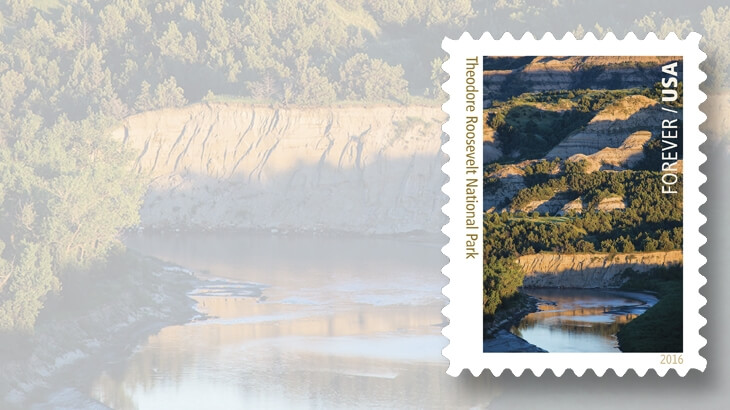 The design of a forever stamp for Theodore Roosevelt National Park was revealed April 22. The stamp will be part of the 16-stamp National Parks set to be issued June 2.
Previous
Next

The stamp for Theodore Roosevelt National Park shows a view of the Little Missouri River winding through the Badlands of North Dakota.

The Yellowstone stamp pictures a pair of bison backlit by morning sun.

They represent the final two designs revealed by the Postal Service over a three-week period, for a set of 16 forever stamps that will be issued June 2 during World Stamp Show-NY 2016 at the Javits Center in New York City.

The stamps will be issued in a single pane of 16 to commemorate the 100th anniversary of the National Park Service.