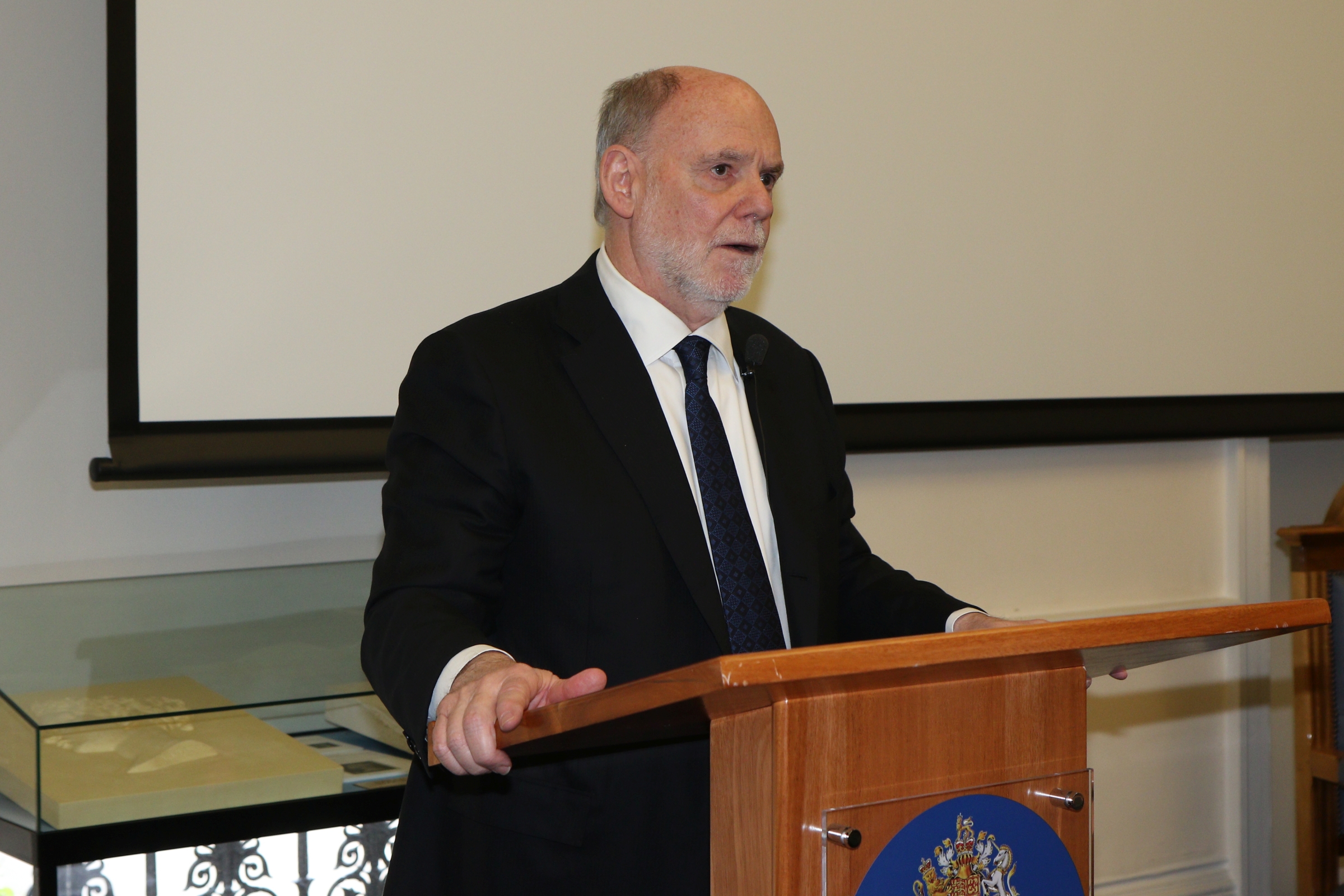 The following is press release on behalf of the Royal Philatelic Society London:

The importance of the mail was emphasised by Gordon Eubanks during his presentation of the ‘United States Imperforate Issues of 1851-1856’ given to The Royal Philatelic Society London on 14 April.

Looking back at the history of the United States he reflected that ‘the mail was the way we built the economy’. ‘We invested in rail and ships to move the mail. The Post Office was the dominant source of communications.’

The presentation was supported by a display that included superb examples of the five stamps – 1 cent, 3 cents, 5 cents, 10 cents and 12 cents – including varieties, and fine examples of usage on covers. As Chris King, giving the vote of thanks, noted, it was an ‘astonishing display of high quality, while the colours of the stamps are wonderful’.

A realisation of the distances involved came from the fact that in 1851 the rate for sending printed matter within the United States was 1 cent for under 500 miles, but 5 cents for over 3,000 miles: on 1 October 1852 the rate was reduced to 1 cent for all distances.