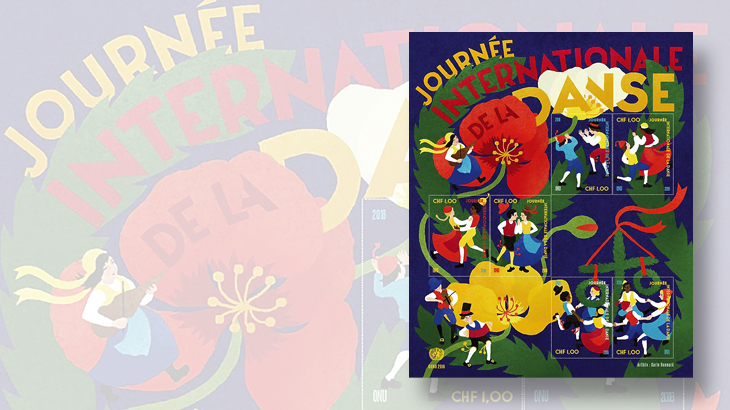 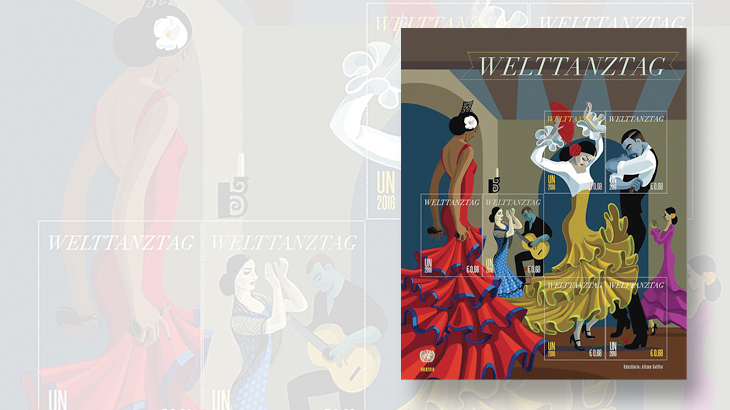 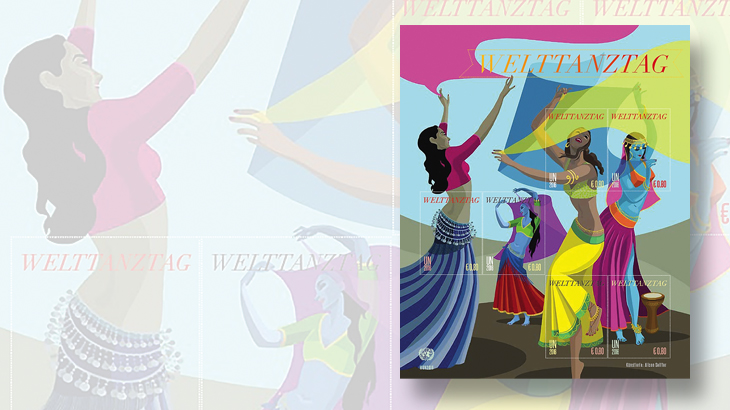 Dances of the Middle East are represented on this pane of U.N. International Dance Day stamps. 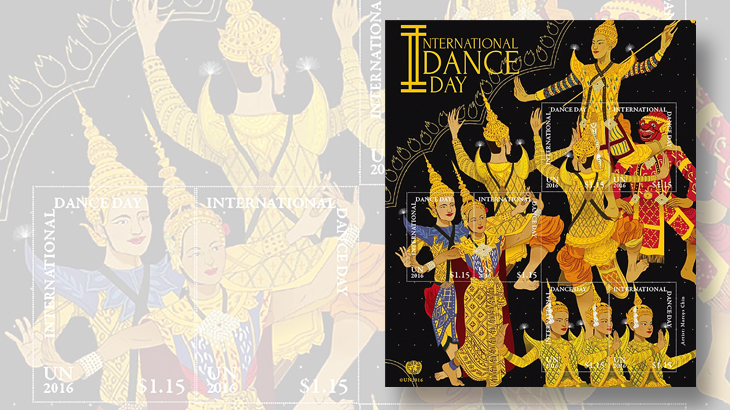 Thai dance, including a masked dancer, is illustrated on the pane of $1.15 International Dance Day stamps from the U.N. Postal Administration. 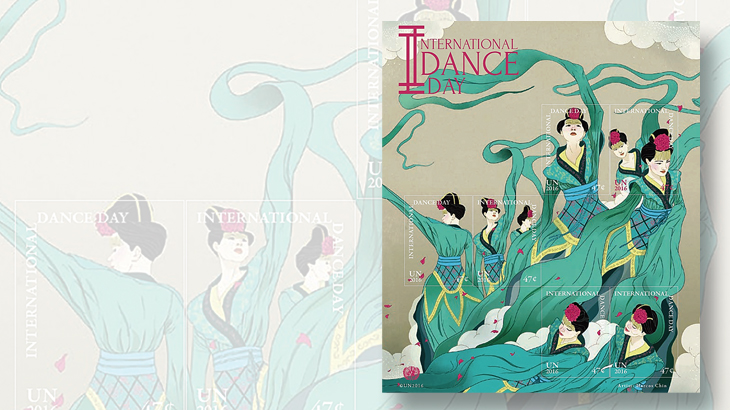 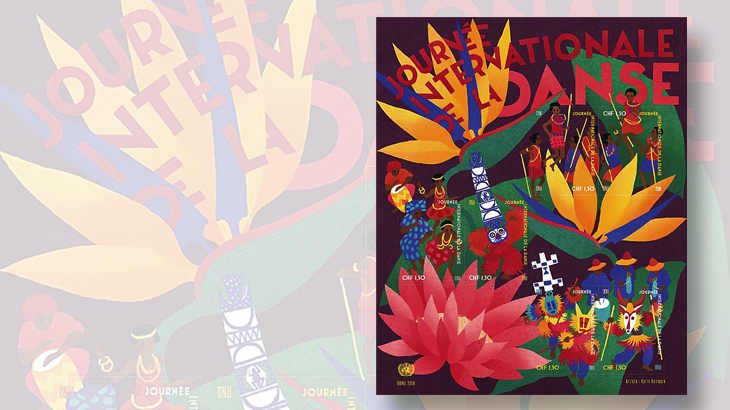 African dancers wearing masks and costumes are pictured on three of the six 1.50-franc stamps in this International Dance Day stamp pane for use from the U.N. office in Geneva.
Previous
Next

Six dances from around the world are displayed on the United Nations Postal Administration’s International Dance Day stamps.

The stamps are being issued April 29, International Dance Day, in panes of six. Established in 1982 by the International Theatre Institute, the day is celebrated annually on the birthday of Jean-Georges Noverre (1727-1810), the creator of modern ballet.

For example, Marcos Chin’s illustration of Chinese dance is featured on the pane of six 47¢ stamps for use from the post office at U.N. headquarters in New York City.

Chin, an award-winning illustrator from Canada, also created the illustration of Thai dance for the pane of $1.15 stamps. One of the stamps depicts the masked monkey warrior from the Khon dance drama.

Karin Ronmark, a graphic designer from Sweden, illustrated the two stamp panes for use from the Palais des Nations in Geneva.

A Swedish folk dance with a midsummer pole is featured on the pane of 1-franc stamps. The dancers on the two stamps in the lower left are forming a ring.

Three folk musicians are pictured in the selvage of this pane: a violinist and accordion player in the lower left, and a woman playing a nyckelharpa (a stringed instrument with a bow) in the upper left.

The pane of 1.50fr stamps shows African dances. Several of the dancers are wearing masks and costumes, and a drum can be seen on the left-hand stamp in the middle row.

Alison Seiffer, an award-winning illustrator and print artist based in Montauk, N.Y., created the illustrations for the stamps for use from the Vienna International Center in Vienna, Austria.

Seiffer’s illustrations of Spanish dance for the pane of 0.68 stamps include the heads and the upper torsos of flamenco dancers on two stamps and their feet on another. The woman is holding a red fan and has a red flower in her hair.

The other two stamps in this pane picture the arms of a woman playing castanets, and a woman clapping while a man plays guitar, respectively. The guitarist’s face and body are blue.

Two female dancers in shades of blue also are pictured on the pane of 0.80 stamps representing Middle Eastern dance. A doumbek, the goblet-shaped drum often used in belly dancing, is included in the design of the stamp in the lower right.