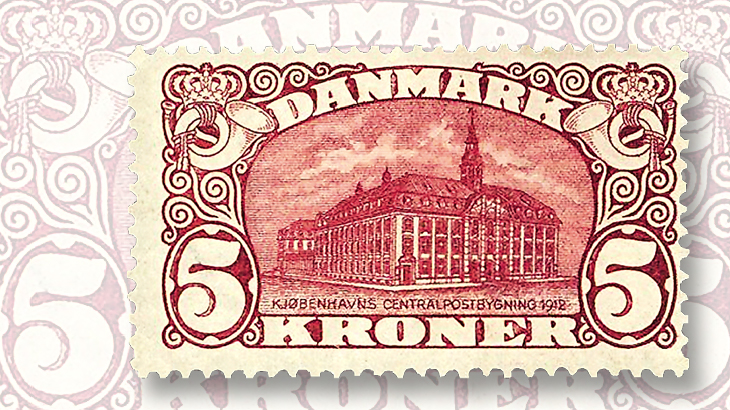 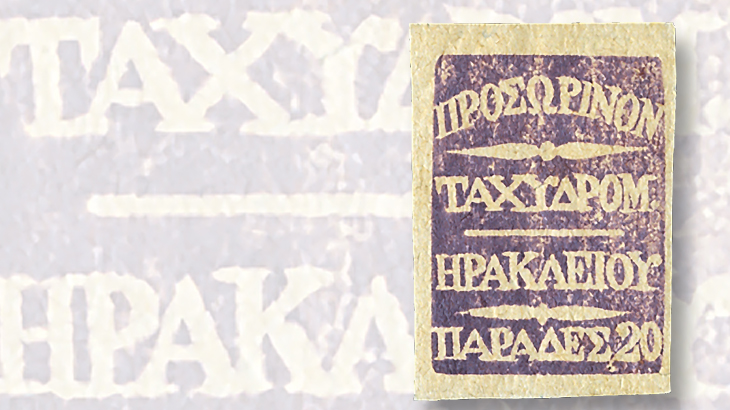 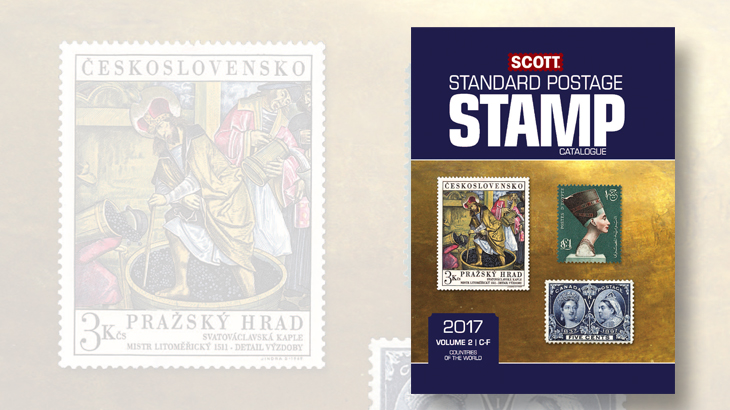 Vol. 2 of the 2017 Scott Standard Postage Stamp Catalogue includes stamp listings and values for countries of the world C-F.
Previous
Next

A total of 5,806 value changes occurred in Canada, 44 of which were sprinkled throughout the provinces. Trends this year are similar to those of last year.

The first trend is that the market for classic and high-grade Canada and Provinces stamps remains quite strong. True very fine examples of these early stamps are very elusive, and values remain steady, even though the value of the Canadian dollar has further weakened against the United States dollar.

The second continuing trend is the weak Canadian dollar, valued at only 73¢ in U.S. currency in early 2016.

The result is that from Scott 900 to current issues (about 2,000 Scott numbers), almost all stamps, unused and used, have dropped in value somewhat. Last year, the Canadian dollar was valued at 80¢ U.S.

A few modern issues bucked the trend of small decreases in catalog values. One example is No. 2366c, the 2010 Olympics issue souvenir sheet with gold overprint, which jumped to $12 both mint and used, from only $4 in the 2016 Vol. 2.

The market for Danish stamps remains strong for the most part. Several increases occurred from 1902 on. Some of the increases are significant.

Classic France received a thorough review this year. An overall weakening of the French market resulted in mostly decreases among the 544 value changes.

Similar declines are found in Republic of China (Taiwan).

People’s Republic of China received a line-by-line review up to the ever-popular 8-fen Monkey stamp (Scott 1586) issued in 1980 to celebrate Chinese New Year and the Year of the Monkey. This stamp saw a slight decline in value, going from $1,875 mint, never hinged to $1,800. The value for a used stamp remains at $550.

The decline in this stamp is the tip of the iceberg for decreases in values for People’s Republic of China stamps. Massive decreases are seen throughout, reflecting a weakening in the Chinese market and substantially lower realizations at auctions.

The 94 value changes scattered throughout Costa Rica show mostly increases. The 1988 Summer Olympics, Seoul, stamps show an increase for the pair of the two (Scott 405a), to $50 both mint, never hinged, and used, from the 2016 Vol. 2 value of $4 both ways.

Danzig also received a full line-by-line review for a total of 337 changes. The results were more increases than decreases. The 50-pfennig Danzig Philatelic Exhibition souvenir sheet (Scott 221) rose from $3.25 unused to $4, but the used value of $21 was lowered to $20. The double surcharge variety (Scott C1a) rose from $125 unused to $160.

A review of Finland and Aland resulted in 3,107 and 503 changes, respectively. These changes were less a reflection of the market and more a result of increasing values to reflect the grade of very fine on which Scott catalog values are based.

On the editorial front for Canada, new listings for imperf and part-perf stamps have been added in Prince Edward Island as Nos. 6g and 6h (imperf. gutter pairs) and 9g (horizontal strip of three, imperf between).

In Canada, many new error listings have been added for various imperf coils, stamps printed on the gummed side (including on the extremely scarce No. J31b), stamps with all color missing (Nos. 926Bh and 1194Ch), and others.

An ongoing Scott project is to include listings for complete booklets. The 2016 Volume 2 included the booklets from 1995 to the present. In the 2017 catalog, these booklet listings have been expanded to include the 1992-1994 booklets, Nos. 1403b to 1536A. Expect further expansions in future years.

As always, we encourage you to pay special attention to the Number Additions, Deletions & Changes in Vol. 2.