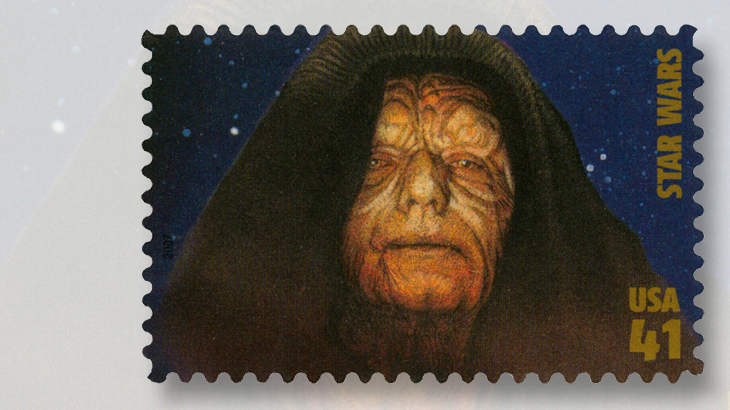 There aren’t many United States stamps that depict a personification of evil, but a 41¢ stamp from 2007 comes awfully close.

The character is portrayed in the films by classically trained actor Ian McDiarmid, who turns 72 today. He was born Aug. 11, 1944, in Carnoustie, Scotland.

McDiarmid is nearly unrecognizable on the stamp. He would undergo hours of prosthetic and make-up application to take on the ghoulish appearance of the evil Darth Sidious.

The actor has also been featured in stage and radio productions, and as a theater director. At the 60th annual Tony Awards in 2006, McDiarmid won the Tony for best performance by a featured actor in a play, for his role as Teddy in Faith Healer.