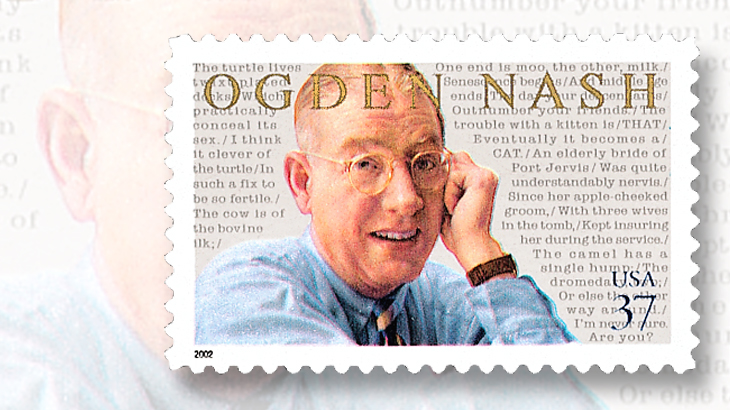 The following year, Nash published Hard Lines, a collection of verse that became a bestseller. In 1933, Nash and his wife Frances moved from New York City to Baltimore. The couple had two daughters: Linell and Isabel.

“A gentle satirist, Nash poked fun at human foibles without cynicism,” the United States Postal Service noted in pre-release publicity for the Ogden Nash stamp. “He wrote on many subjects, but all of his poems expressed his wry wit and demonstrated his playfulness with language.”

The Ogden Nash stamp design features a portrait of the writer by noted artist Michael J. Deas; it is set against the text of six Nash poems in the background: The Turtle, The Cow, Crossing the Border, The Kitten, Limerick One, and The Camel.