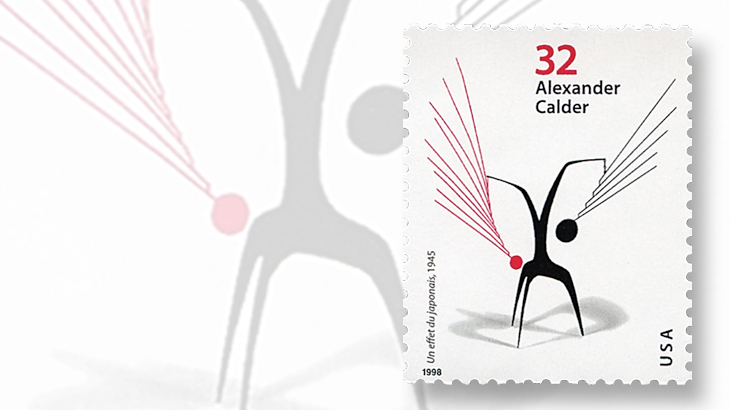 The 1945 Alexander Calder sculpture titled Un Effet du Japonais is featured on a 32¢ stamp issued in 1998.

Before studying at the Art Students League, Calder earned a degree in mechanical engineering in 1919, and sailed from New York to San Francisco (via the Panama Canal) as a fireman and mechanic aboard a passenger ship.

Calder is known primarily for his sculptures ranging from small mobiles of abstract shapes to massive stabiles prominently displayed in outdoor venues. He also formed wire sculptures, jewelry and toys, including a famous miniature circus in 1926, as well as drawings and paintings.