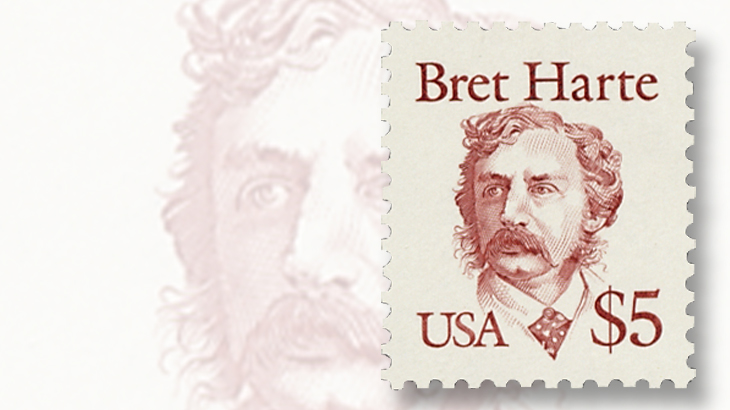 American author Bret Harte was born Francis Brett Hart on Aug. 25, 1836, in Albany, N.Y. The family name was changed from Hart to Harte when he was a young boy.

Harte moved to California in his late teens and found work in a mining camp, an experience that supplied him with settings and stories that would emerge in his writings over the course of his career.

He was employed early on as a writer by the weekly Northern Californian newspaper, and in 1860 joined the staff of the journal The Golden Era, which began publishing his poems and short stories. He moved on to become editor of The Overland Monthly, and his short story The Luck of Roaring Camp was published there soon after.

The success of the story and the 1870 collection in which it appeared, The Luck of Roaring Camp, and Other Sketches, propelled Harte to great and sudden fame. He moved back to the East Coast but saw his fortunes slip almost as quickly, as later works failed to achieve the same level of popularity.

Harte eventually moved to Europe, initially as United States consul, and settled in England, where he found renewed appreciation as a writer and lecturer.