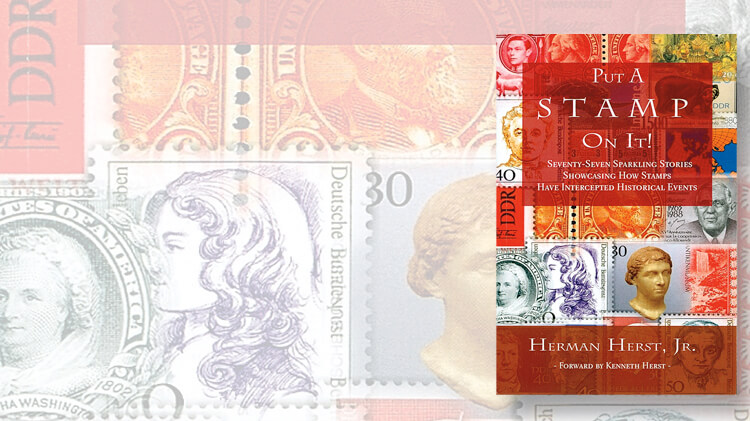 A new book by Herman Herst Jr. has been published by Herst’s son, Kenneth.

In 1988, I had the privilege and honor to spend a week with Herman Herst Jr. and his wife Ida at their home in Boca Raton, Fla.

Herst, better known as “Pat” to his friends and fellow collectors, had assigned the rights of his most popular books, Nassau Street and Fun and Profit in Stamp Collecting to Linn’s Stamp News. He and I were working together to bring both books up to date, anticipating the publication of revised editions.

Later that year, Linn’s published the seventh edition of Nassau Street, and the fifth edition of Fun and Profit in Stamp Collecting. Both books were the first to be revised since the original printings.

The Hersts were gracious hosts, and I am forever grateful to have had the opportunity to spend a week listening to Pat Herst retell stories of our wonderful hobby.

Herst was arguably one of the most prolific stamp writers of his time. He authored several books, and wrote columns and features for most major stamp publications.

After he graduated from Reed College and received a master’s degree from the University of Oregon, he returned to New York where he became a part-time stamp dealer to supplement his Wall Street job as a runner for a bond house.

Herst wrote Nassau Street for collectors who weren’t familiar with the most robust stamp center in the history of the United States. Numerous stamp dealers sold their wares in buildings along Nassau Street. Herst captured the essence of this wonderful time in our hobby’s history through his fascinating stories in Nassau Street and other books.

Linn’s edition of Nassau Street is no longer in print, but Herst’s son, Kenneth Herst, recently came upon a book manuscript written by Pat Herst in 1994, five years before he died in 1999.

The manuscript was discovered in a shoebox, and Kenneth Herst contracted with Le Ann and Veronica’s Publishing to publish the book.

The book, titled Put a Stamp on It!, offers 77 stories that, according to the subtitle, showcase “how stamps have intercepted historical events.”

Postage stamps and postmarks are entwined in the stories of crime, war, gambling and so on. One story tells how postmarks played a roll in the kidnapping case of Charlie Ross, the young son of a wealthy Philadelphia businessman.

The 364-page book is an interesting read in true Pat Herst style. It is available on Amazon.com. An autographed copy is available from Kenneth Herst at kenherstbook@cox.net.