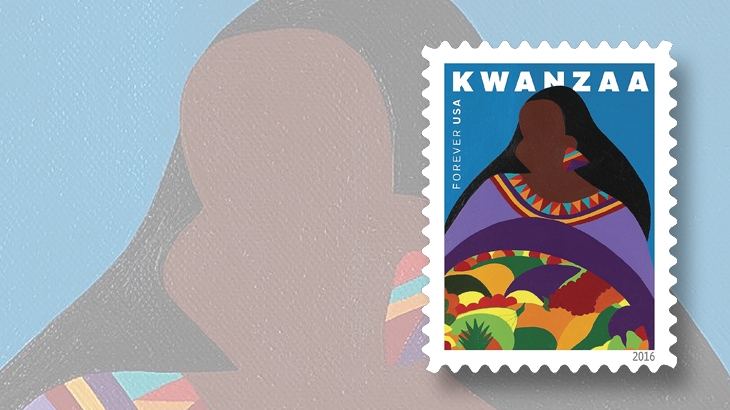 The Kwanzaa forever stamp will be issued Oct. 1 at the MOJA Art Festival in Charleston, S.C. 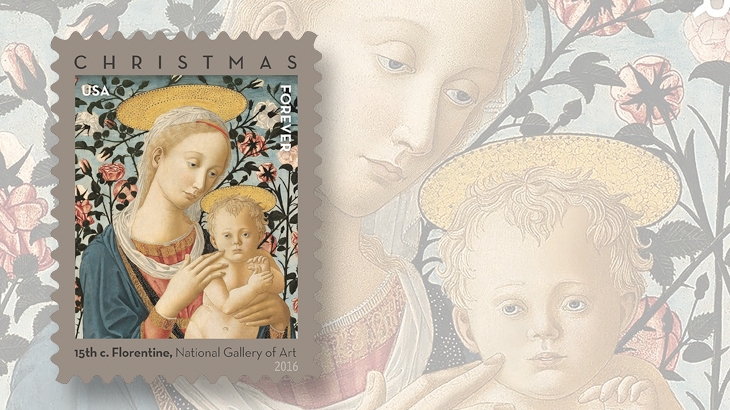 Plans call for the 2016 Madonna and Child Christmas stamp to be issued Oct. 11 in Washington, D.C.
Previous
Next

The Kwanzaa forever stamp will be issued Oct. 1 with a 12:30 p.m. first-day ceremony at the MOJA Art Festival in Marion Square, 329 Meeting St., Charleston, S.C.

The Kwanzaa stamp, with original artwork by Synthia Saint James, marks the 50th anniversary of the holiday, which was first celebrated in 1966 as a non-religious festival of community and culture for African Americans.

The Florentine Madonna and Child Christmas forever stamp will have its first-day ceremony Oct. 11 at 12:15 p.m. at the National Gallery of Art, West Garden Court, 6th St. and Constitution Ave., in Washington, D.C.

The Christmas stamp features a 15th-century tempera-on-panel painting in the Widener Collection at the National Gallery of Art. The artist is identified simply as “a follower of Fra Filippo Lippi and Pesellino.”

A forever stamp marking the Diwali holiday is planned for Oct. 5.