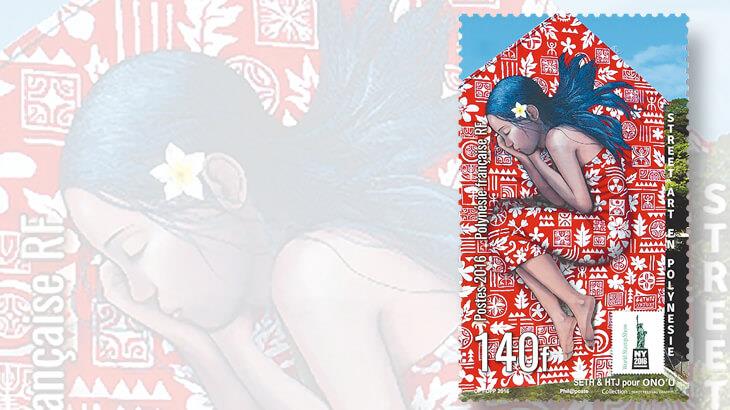 A stamp from French Polynesia depicts a six-story street mural created for a 2015 street art and graffiti festival in Tahiti. 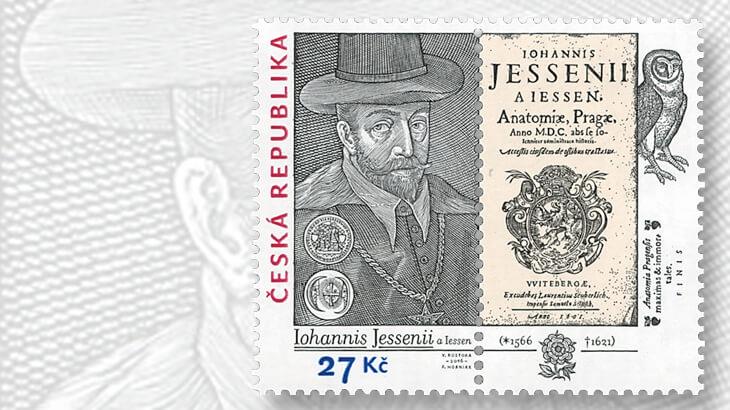 The Czech Republic, along with Hungary, Poland and Slovakia, participated in a joint issue for the 450th birth anniversary of Jan Jessenius, a physician, politician and philosopher. 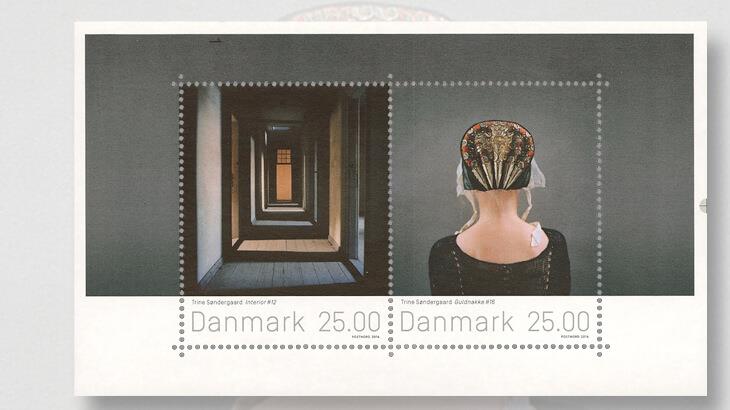 The latest issue in Denmark’s Stamp Art series is a souvenir sheet of two stamps showing recent works by artist and photographer Trine Sondergaard. The sheet was issued June 23. 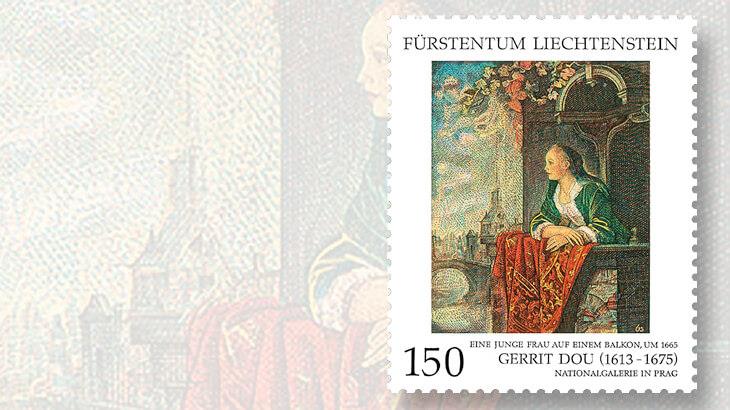 An upcoming joint issue between the Czech Republic and Liechtenstein shows the painting "A Young Woman on a Balcony" by Dutch artist Gerrit Dou. The stamps will be issued in September.
Previous
Next

Four countries participated in a joint issue commemorating the 450th birth anniversary of Jan Jessenius, a physician, politician and philosopher.

The countries are the Czech Republic, Hungary, Poland and Slovakia.

Jessenius was born Dec. 27, 1566, in Wroclaw in present-day Poland. His father was from a Hungarian noble family, originally from Turiec in present-day Slovakia.

Jessenius performed the first public autopsy in what is now the Czech Republic in 1600, and moved to Prague the next year, teaching anatomy and also serving as the private physician of King and Holy Roman Emperor Rudolf II.

Jessenius’ political activities eventually led to his arrest and later his public execution June 21, 1621, along with 26 other leaders of the Protestant Bohemian rebellion. One contemporary historian, Jiri Kezelius-Bydzovsky, described Jessenius “as a man who quartered people only to be quartered himself,” according to the new-issue announcement from Ceska Posta.

An engraved image of this mass execution is depicted on a Czech Republic stamp issued June 1, 2011 (Scott 3504), for the 390th anniversary.

All four stamps in the joint issue (Czech Republic 27 koruna, Hungary 280 forint, Poland 6 zlotych, Slovakia 0.90) were released June 22 and show the same design based on a 1618 engraving of Jessenius by Lucas Kilian. A se-tenant label pictures the title page of Jessenius’ Anatomiae Anatomiae Pragae, Anno M.D.C. abs se solenniter administratae historia, in which he discusses the public autopsy. An engraving of a barn owl also is pictured on the label.

The Czech Republic and Liechtenstein will release joint-issue stamps in early September reproducing a painting by a Dutch artist.

This painting was donated by Johann II of Liechtenstein to the Society of Patriotic Friends of the Arts who established what later would become the National Gallery of Prague.

Denmark launched a stamp series in 1988 to introduce living Danish artists to the public. The latest issue in this Stamp Art series highlights the work of Trine Sondergaard, an artist and photographer.

The stamp on the left shows Sondergaard’s Interior #12. Pictured on the right is the photograph Guldnakke No. 16. Both works are part of larger series.

In an article in Journal, Postnord’s bulletin of Denmark’s new stamps, Sondergaard said of the Interior series, “In recent years I have worked with interiors in unoccupied, historic buildings, which are just standing there waiting.”

The photographs in the Guldnakke series show young women in modern clothes wearing 19th-century gold bonnets called guldnakker. On her website, the artist said that when she saw the bonnets at a local museum she was fascinated by the material and delicate embroidery.

Ella Clausen of Postnord Stamps designed the souvenir sheet. It was printed by offset.

A recent stamp from French Polynesia pictures a six-story high mural painted on a building in Papeete. Issued May 27 to commemorate World Stamp Show-NY 2016, the 1.40-franc stamp also includes the show’s Statue of Liberty emblem.

The mural was created by French street artist Julien Malland, who works under the name Seth, and a local Polynesian artist known as HTJ for an international street and graffiti festival, ONO’U, l held in May 2015 in Tahiti.

The mural shows a sleeping Tahitian girl surrounded by a red pareo (wrap) with white flowers and other Polynesian symbols painted on it. It took five days to complete.

Martha Cooper took the photograph of the mural that appears on the stamp.

Philaposte, the French government printing office, printed the stamp by offset in panes of 10.  Pictured in the selvage is a hand with a can of red spray paint. The words “Street Art En Polynesie” are written in white in the red paint.

Photographs taken during the painting of the mural are included in an article by Jaime Rojo and Steven P. Harrington on the websites of Brooklyn Street Art, and Huffington Post.