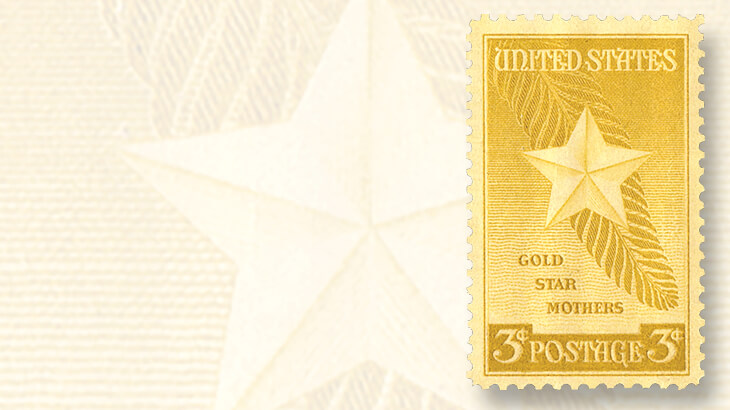 In 1948, the United States issued a 3¢ stamp in honor of Gold Star Mothers. Sen. Richard Blumenthal of Connecticut is calling on the U.S. Postal Service to reissue the Gold Star Mothers stamp as a current forever stamp.

There is a philatelic echo of this year’s presidential campaign and the role of Khizr and Ghazzala Khan, who lost their son, United States Army Capt. Humayun Khan, in combat in Iraq in 2004.

Khizr, accompanied by his wife, spoke July 28 at the Democratic National Convention.

This would “reaffirm and revive our nation’s long-standing commitment” to Gold Star families, he said in the letter.

In the meantime, he said reissuing the 1948 stamp as a current forever stamp would be a good interim move.

The senator’s letter to Brennan did not mention Donald Trump, the Republican presidential candidate, who created controversy with his remarks about the Khans after their speech.

The Gold Star Mothers stamp (Scott 969) was issued to honor the mothers of deceased members of the United States Armed Forces.