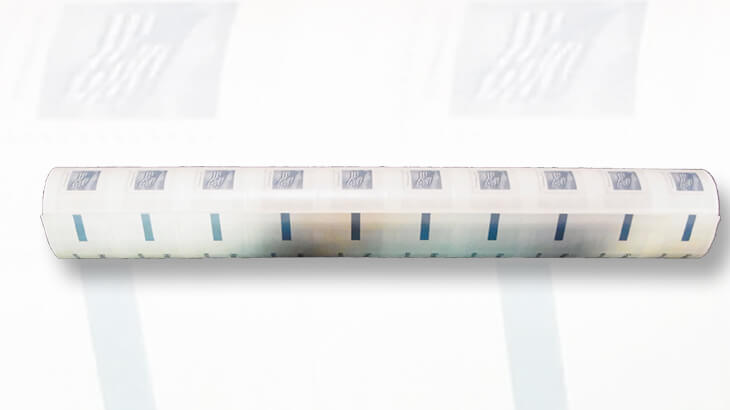 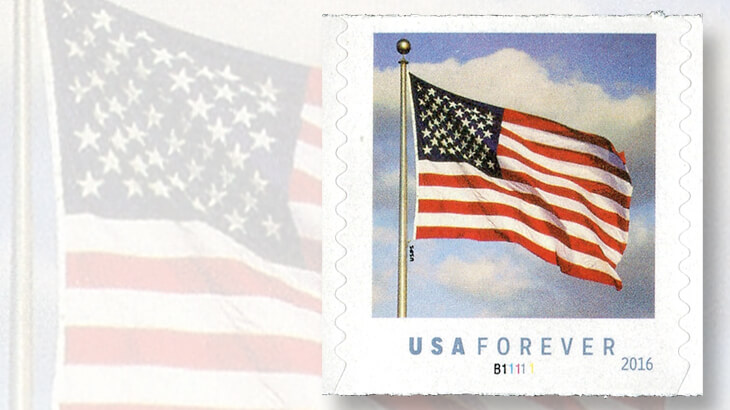 Banknote Corporation of America has printed a new variety of the 2016 United States nondenominated Flag forever coil stamp with the plate number B11111.

The plate number appears on every 31st stamp in the coil, printed just below the Flag vignette.

Coil stamps bearing the plate number have been turning up in some U.S. post offices. The new stamps are delivered to post offices in packaging referred to as sticks or logs.

The sticks are coils in a vertical stack of 10 that have horizontal slits mostly separating the coils. The rolls remain attached by small paper bridges that are easily broken apart by postal clerks to facilitate selling individual coil rolls.

The new variety was discovered by Frank Covey of the Plate Number Coil Collectors Club, who provided images of the find to Linn’s. Stamp dealer Bob Rabinowitz also provided information about the find.

The Flag stamp was originally issued Jan. 29 in four major varieties, including coils of 100 from two security printers contracted by the USPS: Sennett Security Products and Ashton Potter.

The original Sennett coils were printed and processed by Banknote Corporation with a plate number S11111 on every 31st stamp.

That stamp is being listed as Scott 5052 in the 2017 Scott Specialized Catalogue of United States Stamps and Covers.

The Sennett firm acquired Banknote Corporation in 2004, but stamps printed by the subsidiary showed a plate number beginning with the letter S.

Linn’s reported in the Jan. 11 issue that CCL Label had purchased Banknote Corporation.

The Postal Service said that future stamps printed by Banknote Corporation “will carry the BCA mark,” meaning plate numbers beginning with the letter B.

The ownership changes did not involve Ashton Potter, a separate security printing firm in Williamsville, N.Y., that also prints and processes stamps for the Postal Service.

For additional information about the Plate Number Coil Collectors Club, visit its website.