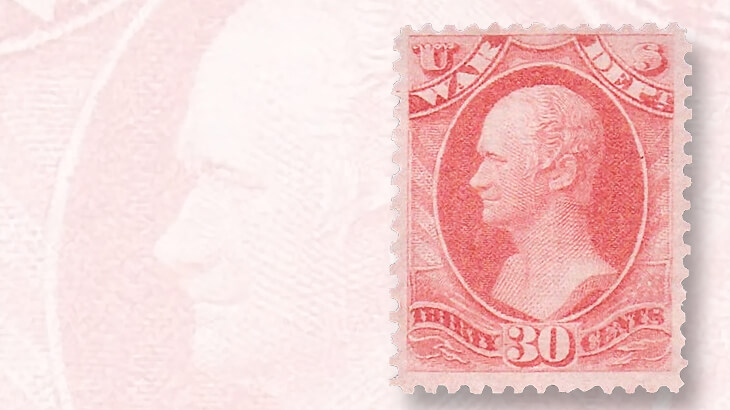 In 1873, the U.S. Congress passed a law creating Official stamps to replace the franking privilege and provide a better accounting of government expenditures on Official mail. Stamps inscribed for use by each executive government department were issued and went into use July 1, 1873. This first round of Official stamps remained in use until July 5, 1884.

The Scott Specialized Catalogue of United States Stamps and Covers values the 30¢ Alexander Hamilton War Department Official stamp at $130 in unused original gum condition and at $12 in used condition. A lot of these stamps saw postal duty, and it isn’t hard to find used examples. What is hard to find is a used example in the grade of very fine without flaws, such as short perforation teeth, and with a cancellation that doesn’t seriously deface the stamp design. If you find one offered at Scott catalog value, it is a good buy at that price.