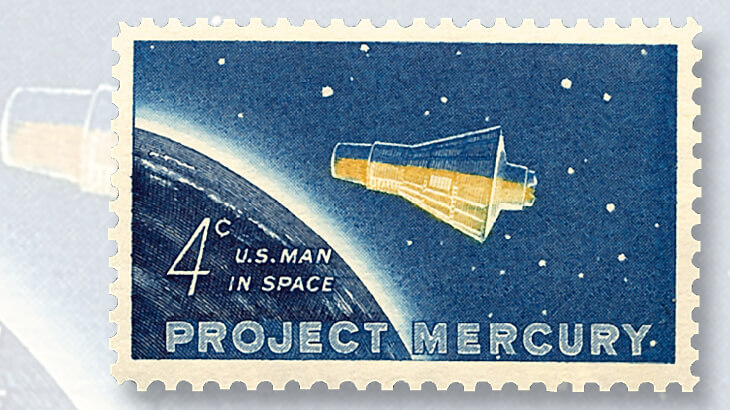 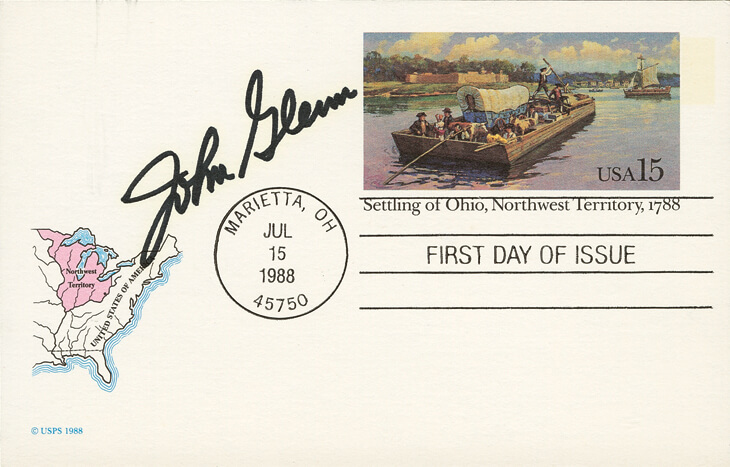 The 1988 15¢ Settling of Ohio postal card was issued during John Glenn’s service as the state’s U.S. senator. This example postmarked on the July 15, 1988, date of issue was autographed by Glenn. 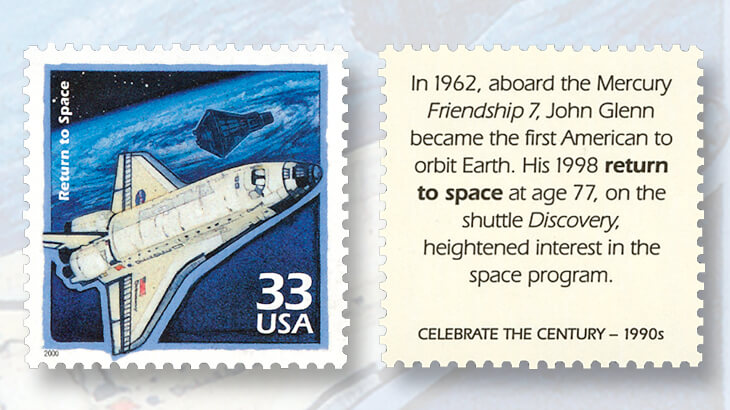 The 33¢ Return to Space commemorative stamp from the Celebrate the Century series honors John Glenn’s second and final space mission, as a payload specialist aboard space shuttle Discovery in 1998.
Previous
Next

The first American to orbit the Earth was also one of the few living Americans to see his accomplishments commemorated on a United States stamp — and it happened twice during his lifetime.

Entering the Naval Aviation Cadet Program in 1942  and the Marine Corps in 1943, he trained as a pilot and flew 59 combat missions during World War II. He later flew 90 missions during the Korean War.

In 1959, Glenn was chosen for the Project Mercury spaceflight program, and he became the first American to orbit Earth on Feb. 20, 1962.

After resigning from NASA in 1964, Glenn worked in business for 10 years before successfully running for a Senate seat from Ohio.

While still a U.S. senator, Glenn trained as a payload specialist for a mission on the space shuttle Discovery, which went into space on Oct. 29, 1998.

It was his second spaceflight, and at age 77, he became the oldest person to travel into space.

The front of the stamp pictures Discovery in orbit, with an image of the orbiting Friendship 7 capsule in the background.

The inscription on the back of the stamp reads: “In 1962, aboard the Mercury Friendship 7, John Glenn became the first American to orbit the Earth. His 1998 return to space at age 77, on the shuttle Discovery, heightened interest in the space program.”