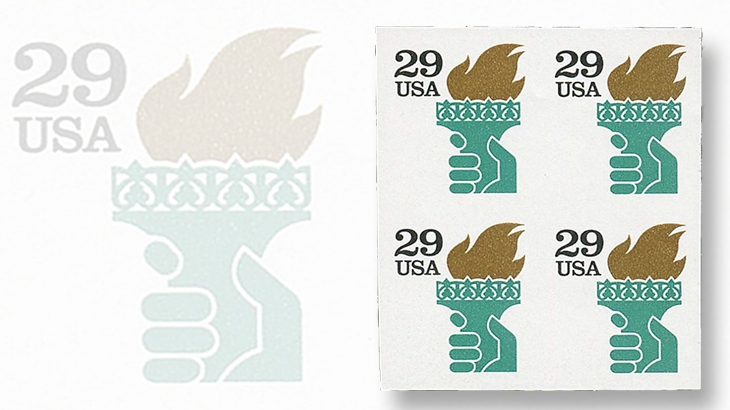 An imperforate block of four of the 1991 29¢ Liberty Torch self-adhesive issue, from an ATM-vended booklet, realized $1,080 at Regency-Superior’s sale at Chicagopex in November. 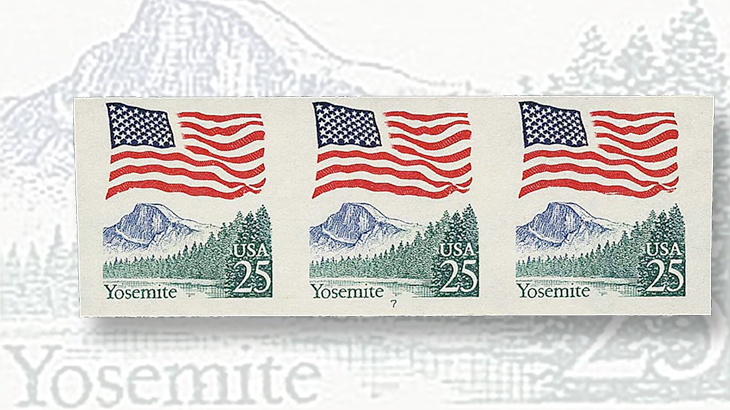 Regency-Superior offered EFOs from the estate of Marvin Frey at Chicagopex in November, including an imperforate plate-number strip of three of the 1989 25¢ Flag Over Yosemite issue. It sold for $348. 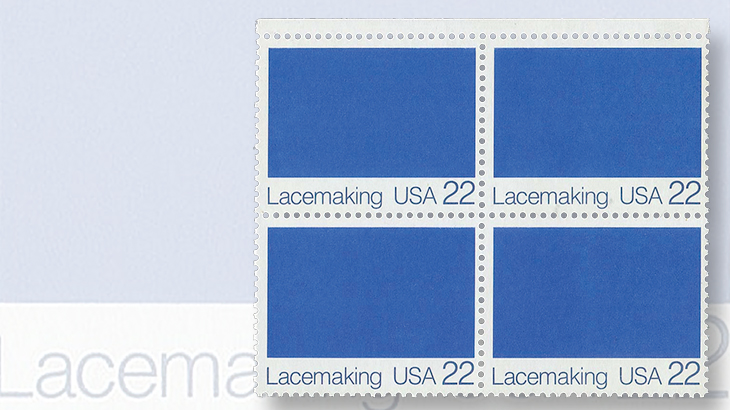 Also from the Marvin Frey EFO collection offered at Chicagopex by Regency-Superior, a block of four of the 1987 22¢ Lacemaking issue missing the white intaglio printing sold for $348. 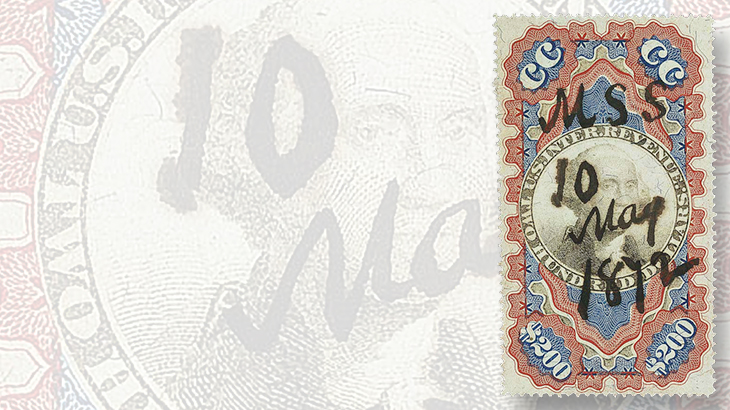 A well-centered, graded 90 example of the 1871 $200 revenue issue known as the “small Persian rug” realized $12,600 — well over catalog value — at Regency-Superior’s sale at Chicagopex.
Previous
Next

Regency-Superior held a sale in conjunction with the Chicagopex stamp show Nov. 19-20. Among the highlights were extensive offerings of errors, freaks and oddities (EFOs) from the estate of Marvin Frey, a longtime dealer in the specialty.

While some stamp errors can strike the uncommitted as picayune (such as missing phosphorescent tagging) or downright ugly (paper splices and ink smears), there is no question that many errors are breathtaking and noteworthy.

Their mere existence sheds light on the complexity of producing millions of perfect little stamps. Every goof tells a story about the process. As artifacts of human error or mechanical malfunction, they help us better appreciate how often their makers got it right. And, finally, some are just plain cool to look at.

One of the most beautiful items in the sale was a plate-number strip of three of the 1989 25¢ Flag Over Yosemite definitive coil stamp, lacking its customary vertical perforations (Scott 2280c).

These coil stamps were among the last U.S. definitives to be printed on the Giori press, which first brought multicolor engraving to U.S. stamps in the 1960s. In the 1980s, the innovation of adding minuscule plate numbers on coil stamps (a tiny “7” is visible at the bottom of the middle stamp in this strip) gave philately a boost for a time, as collectors began seeking out the scarcer ones.

While imperforate errors of this issue are not tremendously rare, they are certainly beautiful. Mint with never-hinged gum, the Flag Over Yosemite strip in the Chicagopex sale sold for $228, including the 20 percent buyer’s premium added by Regency-Superior to all lots.

The 1987 22¢ Lacemaking issue used an unusual process of printing the images of lace patterns by intaglio (engraving) in white ink on a blue background. This gave the designs a raised feel, similar to actual lace. Four different images were used, in se-tenant blocks.

Perhaps inevitably, a few Lacemaking stamps appeared minus the white intaglio printing. A block of four (Scott 2354b) showing just the ultramarine backgrounds, without any lace, sold for $348.

The U.S. Postal Service switched from perforations to die-cut rouletting as a means of stamp separation, but examples nonetheless slip out from time to time without undergoing this important production step.

The 29¢ Liberty Torch self-adhesive stamp of 1991 was one of the earliest stamps produced in experimental ATM-vended booklets. A block of four from such a booklet lacking its die-cut separations (Scott 2531Ac) fetched $1,080.

It was not all EFOs in the Regency-Superior Chicagopex sale. Among the correctly produced stamps on offer were many classic beauties.

The high values of the second issue of revenue stamps, dating to 1871, are referred to as the “small Persian rug” ($200, Scott R132) and “large Persian rug” ($500, R133) because of their splendid, multicolored designs. Many consider them the apogee of the engraver’s art in the United States.

A magnificent, well-centered example of the small Persian rug, graded 90 — the highest accorded — and showing a manuscript cancel went for $12,600, substantially above its catalog value.

Further items from the Regency-Superior sale are in the International Pavilion section of the December print issue of Linn’s.