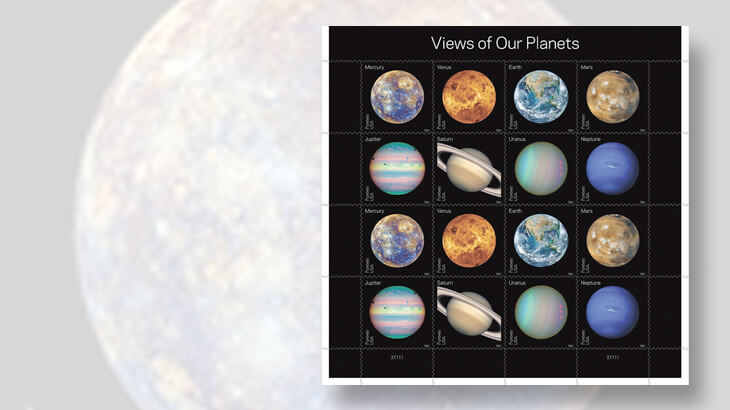 The Solar System stamps proposed for 2015 were issued in 2016 as the Views of Our Planets and Pluto Explored commemorative forever stamps during World Stamp Show-NY 2016. 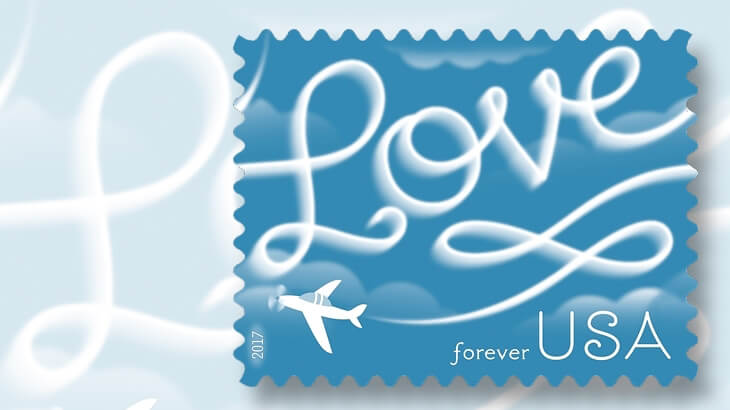 The Love Skywriting stamp, originally scheduled for 2015, is to be issued Jan. 7, 2017, one of the first stamps issued for the coming year. 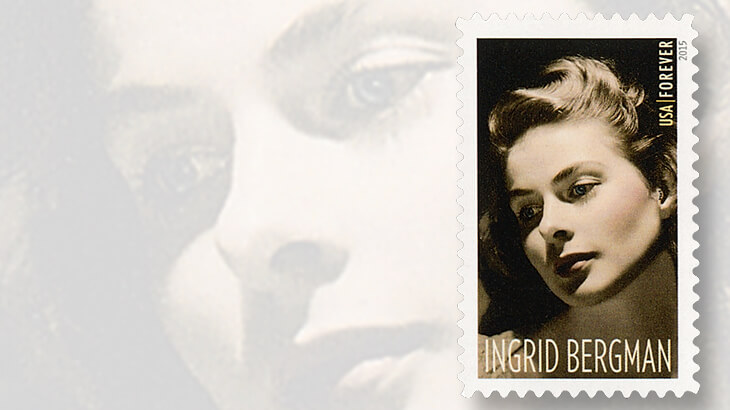 The Ingrid Bergman stamp was originally scheduled to be issued in 2013 but made its debut in 2015. 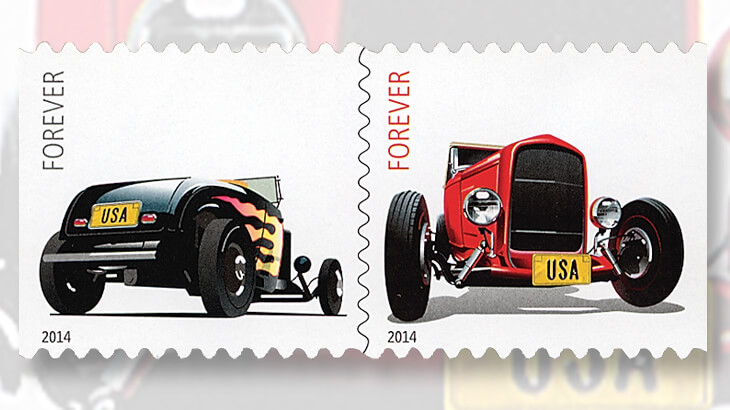 Hot rods were one of the subjects for 2014 stamps revealed on the Citizens’ Stamp Advisory Committee’s list of approved subjects that was leaked in an article in the Washington Post.
Previous
Next

The editors at Linn’s recently looked at the list to see which stamps could be checked off as having been issued and to note the subjects that have yet to be honored on a U.S. stamp.

Subjects included on the Washington Post list for the 2014 stamp program that had not been previously announced by the U.S. Postal Service included Hot Rods, a new Celebrate stamp, a Christmas Magi stamp and a Winter-theme stamp. The hot rods, Christmas Magi and “winter fun” were all subjects of stamps ultimately issued in 2014.

A Neon Celebrate stamp was issued in 2015.

A global holiday stamp was on the list for 2015, but the stamp was issued in 2014 as a single nondenominated ($1.15) global forever stamp featuring a wreath with silver bells.

Also issued in 2014 were eight nondenominated (49¢) commemorative forever stamps honoring Batman. These stamps were rumored to be on the program, but were not mentioned in the Washington Post list.

Stamps subjects that were on the list but that were not issued as stamps in 2014 included Pioneers of Graphic Design (not yet issued) and Solar System (issued in 2016 as the Views of Our Planets and Pluto Explored commemorative forever stamps). The Solar System was previously featured in 2000 as part of a 15-stamp set of five souvenir sheets (Scott 3409-3413).

Also on the list of approved stamps that were issued were a Wedding Cake stamp (issued in 2015), and National Park Service and Year of the Monkey (both issued in 2016).

Also on the 2015 list were Mushrooms; Sesame Street; X-ray Flowers; and Yes, Virginia, none of which have been used as topics of stamps issued by the U.S. Postal Service.

Five Fishes was a topic on the 2015 list and is likely what will be issued in 2017 as the recently announced Five Sharks stamps. Also on the list was a Seashells first-class large coil. Four (34¢) Seashells definitive postcard-rate stamps are included in the 2017 stamp program.

Subjects on the list for 2016 that were used for issued stamps include: a 3-ounce definitive stamp honoring author Henry James; the Columbia River Gorge Priority Mail Express stamp; the first-class Patriotic Spiral large coil stamp (issued nondenominated, not denominated as stated on the list); a global forever (Moon) stamp; and four U.S. Flag (49¢) forever definitive stamps with a single design.

The list called for a Common Buckeye Butterfly stamp. This appeared to be a mistake, because this species of butterfly was on a 2006 stamp. The 2016 stamp features the Eastern Tailed-Blue butterfly.

Also slated for 2016 were a global holiday stamp (likely replaced by the global Moon forever stamp); the Indiana Statehood stamp, issued June 7; and a Legends of Hollywood stamp honoring Elizabeth Taylor. The Elizabeth Taylor stamp was replaced by one commemorating Shirley Temple. A Colorful Celebrations stamp was also issued in 2016, as stated on the list.

A Barn Swallow stamped envelope, originally planned for 2016, is now scheduled for 2017 release.

Also mentioned were stamps picturing Atchafalaya Basin in Louisiana; Desert National Wildlife Refuge, Nevada; Horseshoe Lake, Illinois; Isle Royale National Park, Michigan; John Day River, Oregon; Prairie Border Nature Preserve, Indiana; and The Blue Ridge, Virginia. The subjects are said to be for international rate designs and appear to continue the Scenic American Landscapes series. That series came to an end in 2012 when it was replaced by the round Global forever stamps.

A curious subject on the CSAC list was described as a “pretty” stamped envelope. We are guessing that this may or may not have been issued, depending on what might be perceived as pretty.

Reviewing the approved list has proven to be a fun exercise. The Legends of Hollywood stamp for 2017 has yet to be announced by the Postal Service. Will Elizabeth Taylor be this year’s honoree?