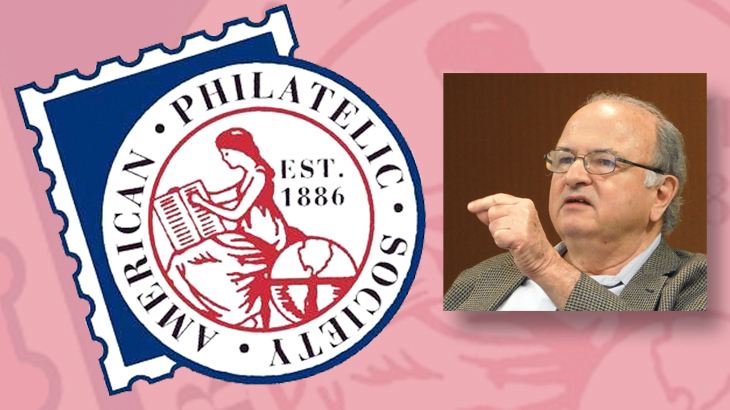 American Philatelic Society President Stephen Reinhard at the Jan. 28 APS board meeting in Atlanta, where he was nominated by the APS board as a candidate for the board of directors of the International Federation of Philately (FIP).

The position representing the Americas is currently held by Peter P. McCann. The position will become open at the end of McCann’s term later this year, and he is unable to fill the position again because of term limits, Reinhard explained to the APS board during the Jan. 28 board meeting in Atlanta, Ga.

McCann has served for 12 years on the International Federation of Philately board of directors, including two terms as the FIP vice president.

Reinhard’s term as APS president will end in August, and he is not a candidate for re-election.

“In order to run for one of these [FIP] positions, you have to be nominated by your national federation,” Reinhard stated.

After answering some questions from the board about the election process, Reinhard left the meeting room to allow board members to further discuss the nomination.

A vote by the board on Lombardi’s motion passed the nomination unanimously.

The nomination makes it possible for Reinhard to run for the position, once the signed nomination paper is filed with the FIP.

Reinhard has previously served as chairman of the FIP Aerophilately Commission.

The FIP is an international organization with national federations, such as the APS, as members.

According to the FIP, its aims are to promote stamp collecting and philately, maintain friendly relations and friendship among all peoples, establish and maintain close relations with the philatelic trade and postal administrations, and promote philatelic exhibitions by granting patronage and auspices.

Voting for the FIP board position will take place during the 74th FIP Congress at the Oct. 21-26 Philataipei 2016 World Stamp Championship Exhibition at the Taipei World Trade Centre in Taipei, Taiwan.