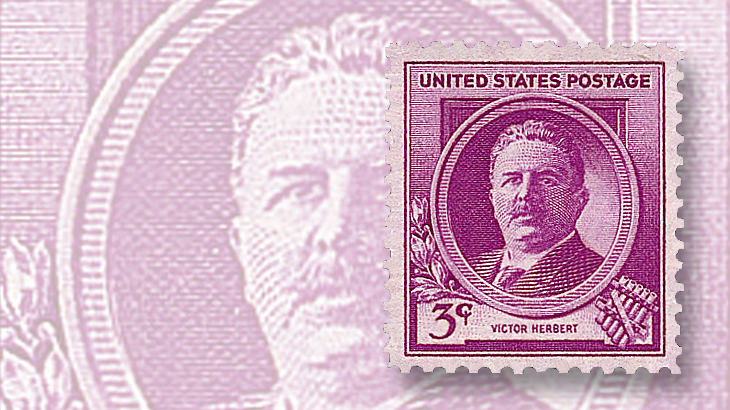 Born in Dublin, Ireland, on Feb. 1, 1859, conductor and composer Victor August Herbert studied the cello in Germany before moving to the United States in 1886 with his wife, the German opera singer Therese Forster.

Herbert was a cellist for the New York Metropolitan Opera when he accepted the position of director for the 22nd Regiment Band of the New York National Guard in 1893. He was appointed conductor of the Pittsburgh Symphony Orchestra in 1898, and established his own Victor Herbert Orchestra in 1904.

The first of Herbert’s 42 operettas, Prince Ananias, premiered in 1894, and he found additional success with Babes in Toyland in 1903, and Naughty Marietta in 1910, which featured his popular song Ah, Sweet Mystery of Life. He also composed the music for the 1916 silent film The Fall of a Nation by Thomas Dixon Jr., an accomplishment considered the first full-length score for a motion picture.

Herbert became an American citizen in 1902, and was one of the founders of the American Society of Composers, Authors and Publishers (ASCAP) in 1914. He died in New York City on May 26, 1924.

A 3¢ stamp honoring Victor Herbert was issued May 13, 1940, in the American Composers set of the Famous Americans series (Scott 881).